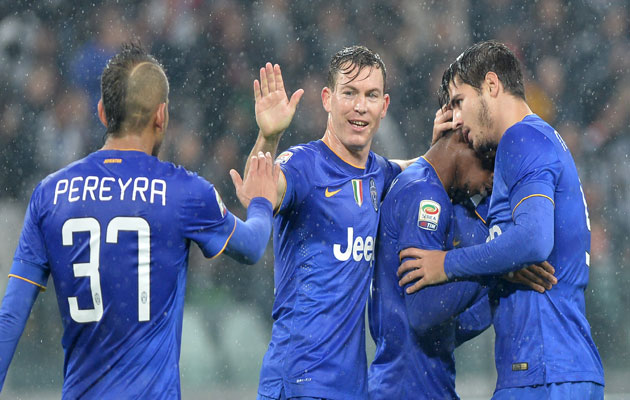 Juventus
A 7-0 thrashing of Parma was their biggest league win in 31 years. The margin of victory matches the 7-0 result they achieved against Ascoli in 1983.

There were some great goals with the 7th from Alvaro Morata being noteworthy, but the pick of the bunch was the fourth, a fantastic solo effort from Carlos Tevez.

For bottom of the table Parma, this was their heaviest Serie a defeat.

Zenit
After 12 games unbeaten, the Russian league leaders’ impressive start to the season ended as they lost 3-1 at home to Terek Grozny.

Christoph Kramer
The Borussia Monchengladbach midfielder beat his own keeper from 40 years with a lofted backpass to hand Borussia Dortmuns a 1-0 win and end his side’’s unbeaten start to the season.

BATE Borisov
Bate were crowned champions of Belarus for a ninth consecutive season.

Unbeaten since the first day of the season, BATE defeated Naftan, through goals from Mikhail Gordeychuk, Vitali Rodionov (two) and Aleksandr Karnitski.

Coach Aleksandr Yermakovich said: “This title is much more important to me than the previous one because 2014 is the first year I’ve worked on my own. I’m so happy and it’s really good that we’ve achieved the goals we set ourselves.”