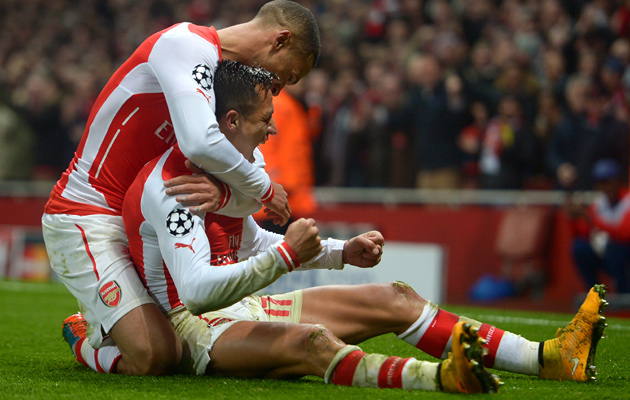 ARSENAL
Reached the knockout stage of the Champions League for a 15th successive
season.

REAL MADRID
Equalled a club record of 15 consecutive wins, in all competitions, with a
1-0 victory away to Basle in the Champions League.

HURACAN
The second division side from Buenos Aires will play in next year¹s
Liberatdores Cup after beating Rosario Central on penalties in the
Argentinian Cup Final.

GERMAN TEAMS
For the first time in the history of the Champions League, four Bundesliga teams failed to pick up a single point between them in the week’s group games