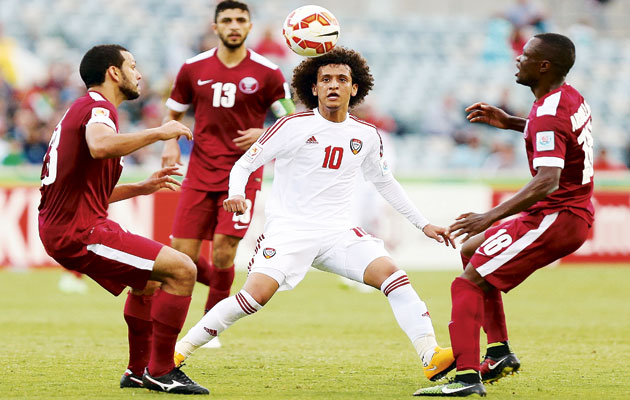 A top class attacking midfielder, Omar Abdulrahman has the talent to become the first West Asian footballer to make his mark on the world stage

Striker who moved to Portugal this summer. Combines pace and physicality with neat technical ability.

Veteran Basque centre-forward in terrific goalscoring form in his third spell in Bilbao, typified by his recent winner against Real Madrid.

Winger who is rebuilding his career on loan in Greece after a knee injury curtailed his impact at Barcelona.

Brilliant attacker whose goals have been crucial to City’s Premier League success but who has been troubled by injury.

Key figure for club and country since breaking through as a teen more than a decade ago. Mistakes at the World Cup were blamed on a laser pointer.

The 2014 Asian Footballer of the Year, despite being sent off in the AFC Champions League Final for butting and spitting at an opponent.

Austria’s youngest international and a veteran at 22. Versatile left-back and free-kick maestro who plays in midfield for his country.
Jordi ALBA – Barcelona/Spain/21/03/1989

Attacking left-back with considerable pace and powers of recovery who has been consistently excellent for Barca since switching from Valencia in 2012.

Striker who has played his way into the senior Spain side since last summer’s World Cup with a spate of goals to help his club’s quest for a European spot.