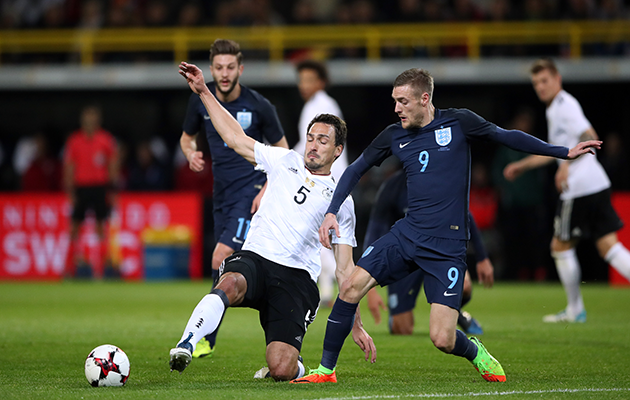 Last week we only finished with one win out of three, with our banker of Atletico Madrid to beat Sevilla on Sunday coming in with ease as Diego Simeone’s side won 3-1. We were very unfortunate with our Raheem Sterling to score against Liverpool tip as the former Red somehow conspired to miss a squared ball on the six yard line altogether and end up in the net without the ball! He remains without a win against his former employers in any of his five matches against them since his massive £44m transfer to Man City.

This weekend, the attention turns to international football as we get back to World Cup qualifiers across the globe. England certainly showed plenty of reasons for positivity looking to the future with an excellent performance away to Germany, despite losing 1-0. They play Lithuania in a group game on Sunday looking for both a performance and a result. Let’s see if we can find the value this weekend!

WORLD CUP QUALIFIERS
Wembley hosts England v Lithuania on Sunday and all eyes will be on Gareth Southgate’s young side as they look to pick up their fourth win in five during this qualification process. They looked dynamic, industrious and solid against Germany, but the counter attacking style may not work against a Lithuania side likely to sit deep and frustrate.

However, I believe that confidence is high in the squad and the Three Lions can cover a minus two handicap on Sunday. Lithuania have lot both of their last two away games by more than two goals. Losing 4-0 to Slovakia and 3-0 to the Czech Republic hardly is reason for fear for this England team and despite the lack of Daniel Sturridge and Harry Kane, I believe Gareth Southgate’s side will win by three or more goals at 21/20.

Also on Sunday, Belgium are almost even money to win to nil against Greece on Saturday which looks good value in my opinion. Their attacking talent is impressive, but their defence is also a key strength. The Belgians have kept three clean sheets in their last five games and Greece have never scored an away goal in Belgium! Back Belgium to win to nil at 20/21.

Elsewhere, Ireland host Wales in a massive game in their World Cup qualifying group on Friday night. Ireland top their group and will look to win again against Wales. They have never lost a home international against the Welsh and after five games unbeaten, they have all the confidence coming into this one. Wales have won just once in their last five games and look to have lost the togetherness they showed in the European Championships. Back Ireland to win at a best price of 7/5.