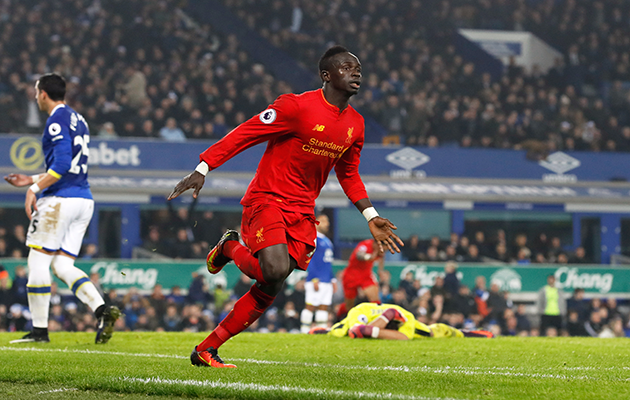 We found the going tough during the international break with all three of our selections missing out by a single goal. Those of you who backed over 2.5 goals in the France v Spain match must have ill feeling towards the video referee!

This weekend, the attention turns back to domestic football as we come hurtling towards the end of the season in all four of the major leagues in Europe. Let’s see if we can find the value this weekend!

The Merseyside derby is a huge highlight of the Premier League gameweek, the early game on Saturday looks for sure to be Liverpool’s to lose according to the bookies. They are now unbeaten in 13 games against their city rivals. You have to go back to 2010 when Everton last won this fixture – when Liverpool had a defence including both Paul Konchesky and Sotiros Kyrgiakos! They won 1-0 in a stinker at Goodison Park earlier this season already and I can see why the Reds are as short as 8/11 to win their 13th game at Anfield this season.

Osasuna are rock bottom in La Liga for good reason – they have won just one league game all season long! However, they may well be worth a shot in the double chance market against Bilbao on Sunday. Bilbao are awful away from home – they have picked up just four wins on the road in 19 attempts. Whilst Osasuna are obviously far from good, they have picked up draws against Eibar, Malaga and Valencia at home in recent weeks. Back Osasuna to win or draw at 7/5.

Napoli are currently 10 points behind Juventus in the race for the Serie A title and this top of the table clash is a must win game for them. However, they have lost three of their last six, so in my opinion I believe that Juventus can stop that from happening. Napoli won this fixture last season, but Gonzalo Higuain was the match winner that day and has since scored in both matches FOR Juventus against them this season. They have lost five of their last six against the Old Lady, so I will back Juventus to win here at a big looking 21/10. They’ve have already beaten Napoli twice this season and appear to have their number.

Both teams to score looks the go to bet in the Ruhr derby this weekend when Schalke host Dortmund. The Gelsenkirchen side have only failed to find the net three times at home all season long, whilst Dortmund have scored 21 times in their last seven matches! Both teams have scored in each of the last five times these sides have met at the VELTINS Arena so odds of 20/31 seem fair.