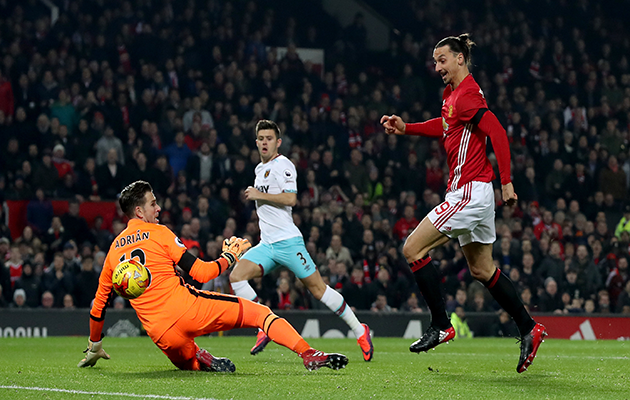 We were back in the winners last weekend when we correctly tipped Millwall to cause an upset against the Premier League champions, Leicester and also predicted a return to form for Celta Vigo as our half-time/full-time tip versus Osasuna landed at 31/20.

Let’s see if we can find the value this weekend, where the EFL Cup Final highlights the football fixtures in England…

EFL CUP FINAL
Southampton are looking to recreate the success of the 1976 FA Cup final when they beat Man Utd 1-0 at Wembley and can take heart with the fact that the Red Devils have failed to win four of their last seven against the Saints.

However, Man Utd have lost just one of their last 25 matches this season in all competitions and have already beaten the Saints 2-0 at Old Trafford back in August so I believe that the 5/6 on offer for a Man Utd win looks decent value.

Southampton have lost three of their last four matches, whilst the Red Devils are on a current five match winning run!

PREMIER LEAGUE
I like the look of Tottenham -1 handicap against Stoke on Sunday with a best price of 21/20. Stoke have lost by more than one goal at Anfield, The Emirates and Stamford Bridge in recent weeks, so I fancy Tottenham to do the same to Mark Hughes’ team this weekend.

My other play in the Premier League this weekend is both teams to score when Chelsea visit Swansea on Saturday at 23/20.

SERIE A
Juventus are having another fantastic season and this weekend they should pick up another comfortable victory. They were impressive in their 2-0 win in the Champions League in midweek and next face lowly Empoli at home.

The away side have conceded 11 goals in their last six away games and Juventus – who have won five times at home this season by a three or more goal margin – look decent value at 6/5 with a minus two handicap here.

BUNDESLIGA
Dortmund to beat Freiburg at 11/8 on Saturday is my selection in the Bundesliga. Thomas Tuchel’s side got back to winning ways with a very impressive 3-0 win over Wolfsburg last weekend and should have enough to defeat a Freiburg side who have already lost to the top two in the league – so third placed Dortmund should well fancy their chances!