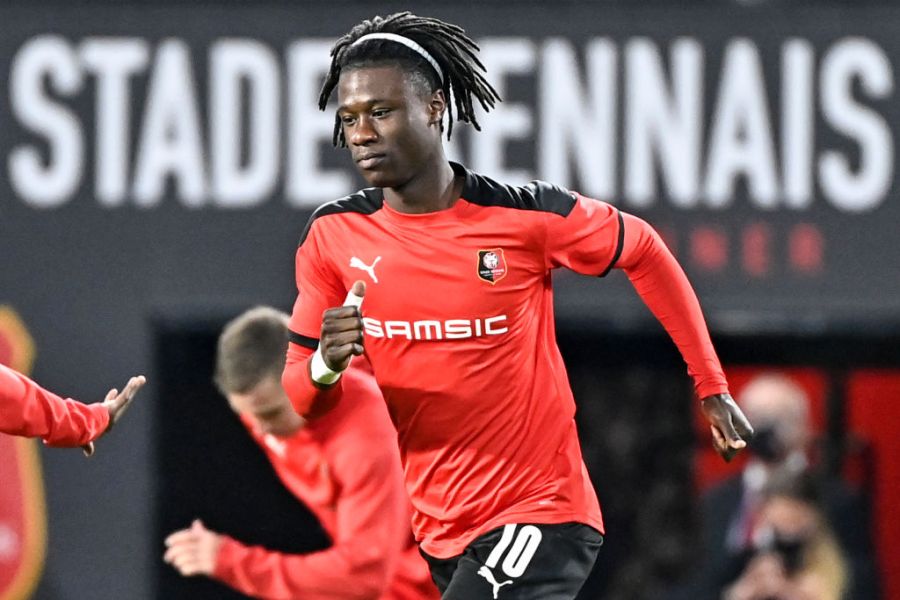 BATTLE ON FOR CAMAVINGA

Eduardo Camavinga has emerged as one of the most promising talents in the world over the last year. He’s under contract at Rennes until 2022, but that hasn’t stopped speculation building regarding his future, with a host of clubs interested in signing the 18-year-old. He became the third youngest player to make his debut for France earlier this year. 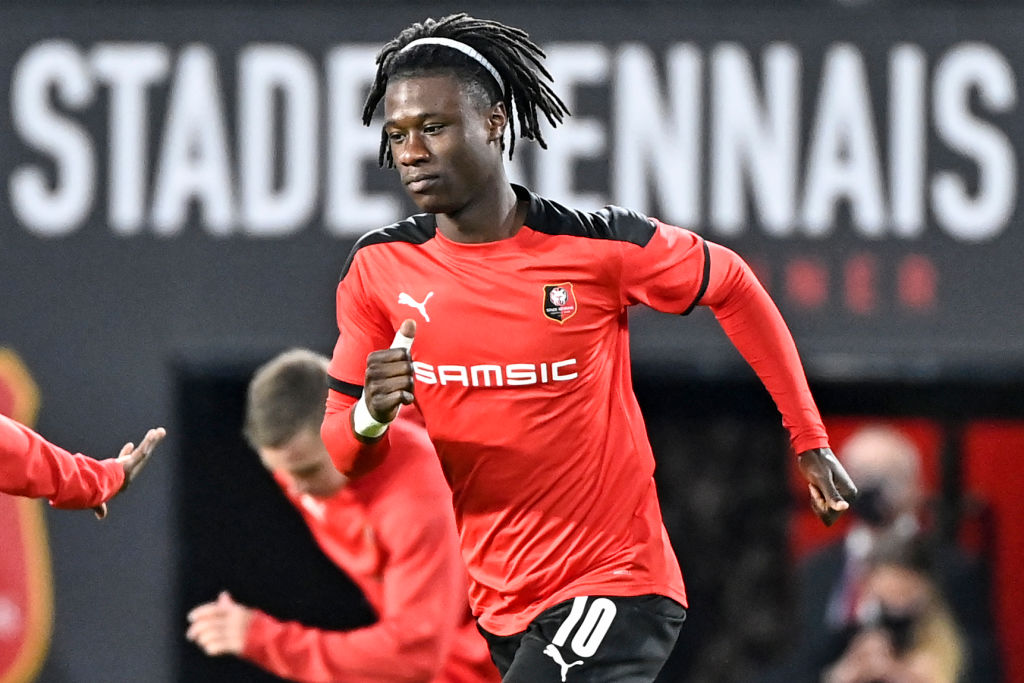 According to Marca, Manchester United will battle Paris Saint-Germain and Real Madrid to sign the midfielder. Having struggled to get a deal over the line for Jadon Sancho, The Red Devils will want to make up for their mistakes over the next two transfer windows. If they could land Camavinga, that would go some way to appeasing the club’s supporters.

Manchester City boss Pep Guardiola signed a new two-year deal at the Etihad yesterday, which has only fuelled speculation that The Citizens will look to sign Lionel Messi in the summer. Guardiola has a good relationship with Messi from their time working together at the Nou Camp, and you’d expect The Citizens to be high up on the list of Messi’s potential next destinations. 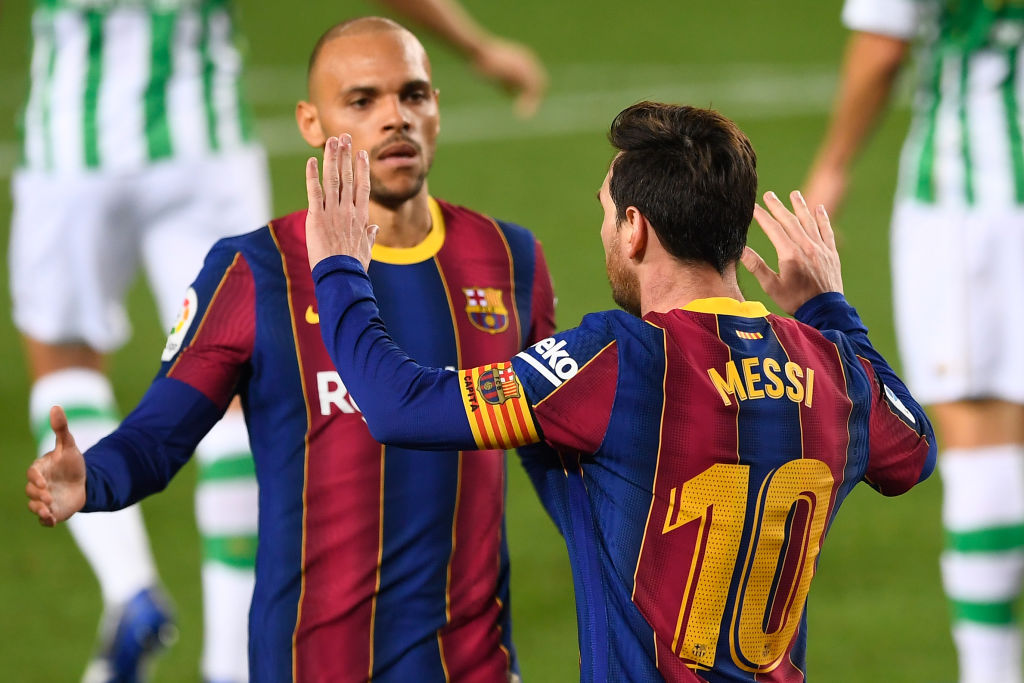 Barcelona’s Argentine forward Lionel Messi celebrates his second goal with teammates during the Spanish League football match between Barcelona and Real Betis at the Camp Nou stadium in Barcelona on November 7, 2020.

According to The Mirror, The Sky Blues remain determined to sign the 33-year-old, and will do everything in their power to try and make it happen.

It’s been another record-breaking year for Real Madrid captain Sergio Ramos, but he’s yet to renew his contract at the Bernabeu. He’s out of contract at the end of the season, and according to 90min, there are a number of Premier League clubs interested in signing him, should the 34-year-old decide to move on. 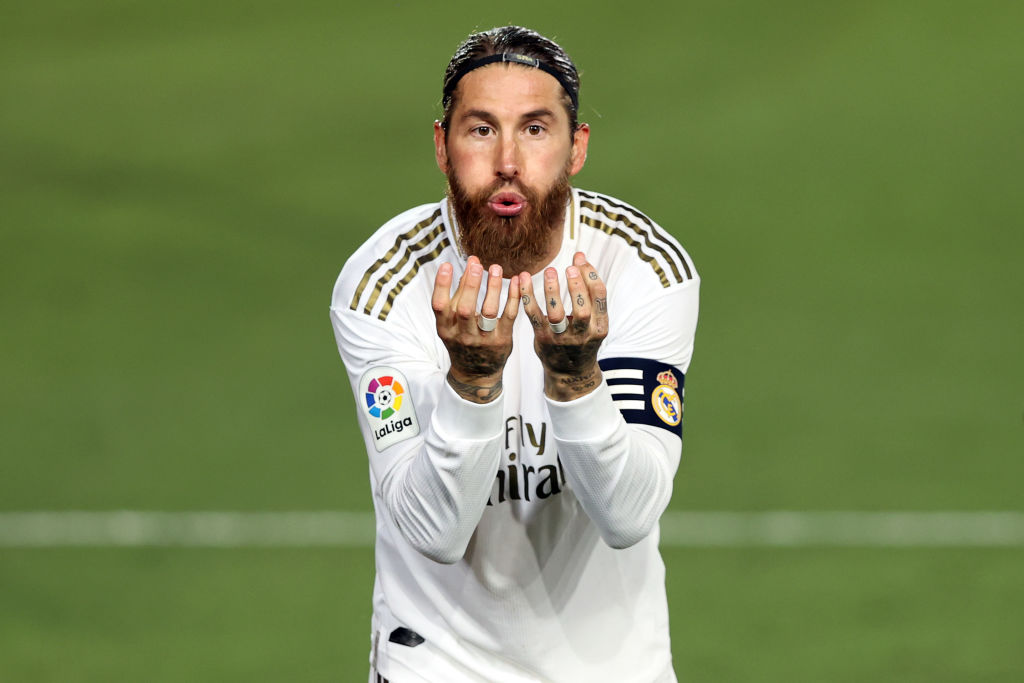 Sergio Ramos of Real Madrid celebrates his team’s first goal during the Liga match between Real Madrid CF and Getafe CF at Estadio Alfredo Di Stefano on July 02, 2020 in Madrid, Spain. Football Stadiums around Europe remain empty due to the Coronavirus Pandemic as Government social distancing laws prohibit fans inside venues resulting in all fixtures being played behind closed doors.