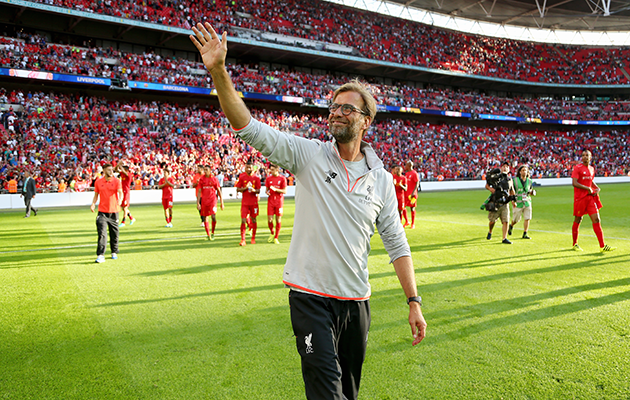 Jurgen Klopp has revealed that he extended his Liverpool contract this summer because he has no interest in coaching anywhere else.

“Do I want another club in Germany? Nope. In England? Nope. In Asia, Russia or the United Arab Emirates? Nope, nope, nope. And then I thought that I am already at the right club and ‘Why should I worry about how long I am here for?’

“If I am at the end of my career and have managed only three clubs then at least they were great clubs.”

Klopp began his managerial career at Mainz and then moved to Borussia Dortmund in 2008, where he won back-to-back Bundesliga titles as well as reaching the 2013 Champions League final.

He says he has “loved Mainz, and I’ve loved Dortmund, and I still have many, many friends there,” but that it is too early to return to watch a match there. “That’s not possible with my face,” he said.

He wished Dortmund “all the luck and success so they will never again think about getting me back.”

For the foreseeable future his attention will be on Liverpool and the cash-drenched Premier League.

He added: “We deal in fantasy money. That’s the one side. But the thing is a bit more complex. This money is only there because football exists. It moves in a closed circuit.”

The German recently questioned Manchester United’s world-record £89.3m (€105m) deal for Paul Pogba, but says he has no intention of getting involved in bidding wars with his wealthier Premier League rivals.

“And on top of that, there is the danger that everything’s over once the sheikh is no longer interested.”

The German appears to be enjoying life in England and believes his sense of humour translates well, despite the language barrier.

“The fantastic thing about the English is that they just accept you as you are, even me, in my little ‘speech prison.’ They get the joke behind my mix of words,” he said. “Most of the time, that is.”