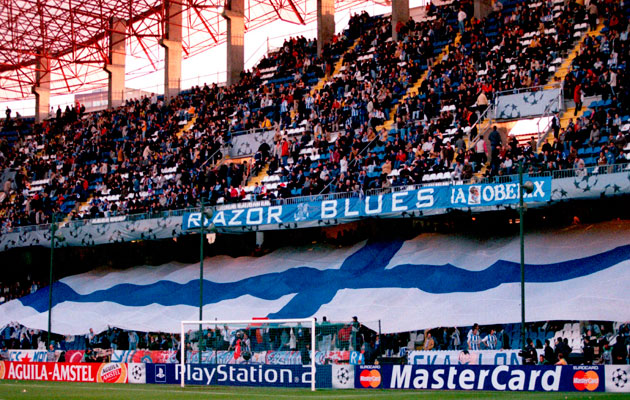 Spanish police have arrested 17 more members of Ultra groups who allegedly participated in the fight that resulted in one man dng before a match between Atletico Madrid and Deportivo La Coruna last month.

Police say the 17 people were arrested in Galicia, home to Deportivo. All 17 were reported to be associated with the “ultra” group “Riazor Blues,” which supports Deportivo.

Police had already arrested 21 men on November 30, the day the fight broke out near the Vicente Calderon Stadium in Madrid.

On Tuesday, police made 37 arrests in Madrid, Avila and Toledo, including two men accused of killing 43-year-old Deportivo fan Francisco Javier Romero Taboada. These people were alos reported to be members of  Atletico’s Ultras, including a group called “Atletico Front.”

Amateur video of the fighting that took place along the banks of Madrid’s Manzanares River showed a person believed to be Romero being pushed into the icy waters by attackers. He was rescued by emergency services and taken to hospital, but he died hours later.