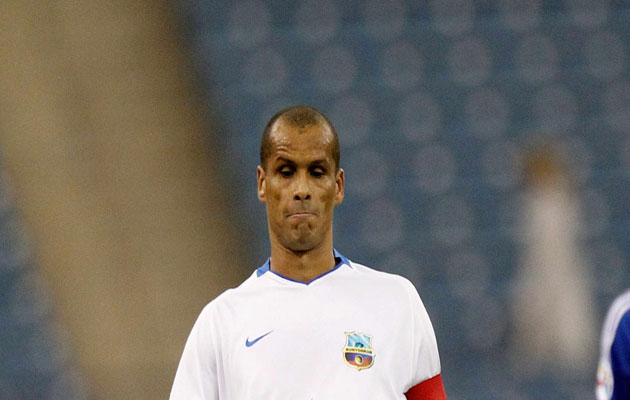 The former Brazil international Rivaldo and his 20-year old son Rivaldinho have achieved the unusual and possibly unique feat of scoring in the same match.

Both scored goals for Mogi Mirim in a 3-1 win over Macae in a Brazilian second division game.

The 43-year-old Rivaldo, who is also the club’s president, came out of retirement to help his team overcome a difficult start in this year’s championship.

The former World Cup winner was involved in all three goals before being substituted after 50 minutes. Ribaldo supplied the pass that led to his son gheading the opener. He hit the second from the penalty spot in the 17th minute, before his son scored a third after a one-on-one with the keeper four minutes before half time.

Rivaldo said the experience left him feeling “grateful and happy”.

Having consulted a number of sources this appears to have been the first time a father-son combination have both scored in the same match.

There are several examples of fathers and sons playing in the same match, the most recent being when Swedish legend Henrik Larsson agreed to turn out for 4th tier outfit Högaborg, to play alongside his son. Although the junior Larsson scored in that game, his father, who had not played professionally for four years, was unable to hit the target.