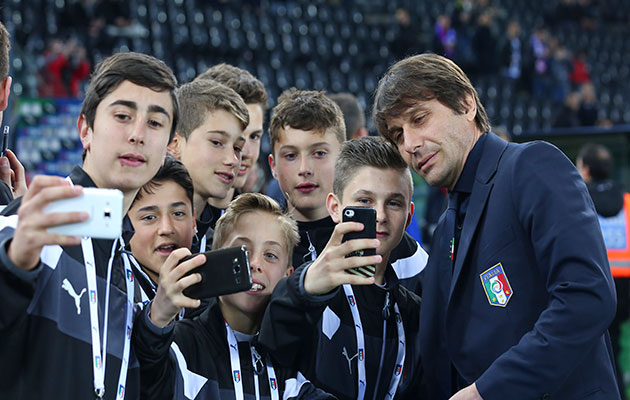 Antonio Conte is in London to sign a contract with Chelsea on a three-year-deal, according to Sky in Italy.

According to Sky, Conte arrived in London at noon yesterday to sign a deal which will see him in charge at Stamford Bridge next season.

It is widely expected that Conte will take over from current Chelsea interim manager Guus Hiddink. The former Holland coach has made it clear that he would not be at the helm beyond next season.

Recently, Conte said that Chelsea was not his only potential destination and that he was still open to offers after he steps down as Italy coach after this summer’s European Championships.

Italy manager Antonio Conte has been spotted in London…

When asked about the Chelsea managerial post he said:

“It’s not a taboo for me, but I could also mention the name of Italian clubs [as potential destinations].

“Right now, I am only thinking about a decision I have taken that is not superficial – I’ve taken it and now we will see what the future holds, if there’s something attractive abroad or in Italy.

“One thing’s for sure and that is I won’t be Italy coach for the next two years. I want to return to a club.”

Talks with Chelsea have been ongoing since February according to Sky Italy, and the former Juventus manager said recently that is English football is “definitely very attractive at the moment for players and coaches not least because it’s a very interesting league from many points of view.”