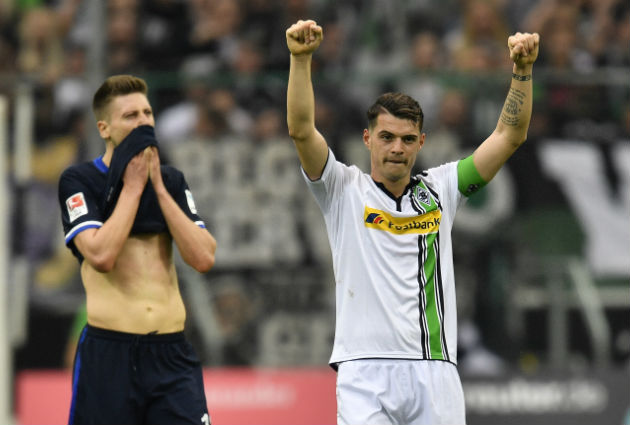 Arsenal have officially announced the signing of Granit Xhaka on a long-term deal with the fee being undisclosed.

The announcement of the Xhaka deal was imminent since last week, after rumours had circulated that the player had flown into London Colney for a medical and pictures of him in his kit were leaked on social media on Saturday.

However, Arsene Wenger has now moved quickly to rebuild his midfield after the departure of two senior players. Xhaka follows the signing of fellow former Basel player Mohamed Elneny in January.

Because if anyone can, #Xhaka can. pic.twitter.com/VO20GrYEWq

“We have been watching him for a long time now and he is a player who will add quality to our squad. We wish Granit a good Euro 2016 with Switzerland and look forward to welcoming him to Arsenal ahead of next season.”

A delighted Xhaka was proud to be joining the north London outfit and hopes to help Arsenal win trophies.

He said: “I’m very proud to be joining Arsenal. I cannot wait to move to London, represent this special club and play in the Premier League. I will give everything to help Arsenal win trophies and make the fans happy.”

Arsenal have been lambasted for their lack of leadership qualities. However this is something Xhaka feels he has in abundance, even from a younger age.

He added: “When I was younger, even though I had a big brother, my parents would give me the house key every day. It’s in my head that I am a leader and captaining Monchengladbach was very good for me.

“I like to play football. I’m an aggressive player and also a leader. I’m only 23 but I captained a good team in Germany.”