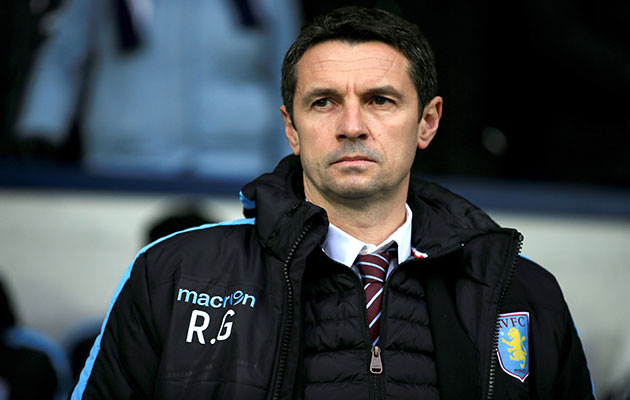 Aston Villa chose last night’s friendly international between England and Holland as the moment to announce that manager Remi Garde had left the club “by mutual consent.”

Villa are bottom of the Premier League, 12 points from safety with seven matches remaining and looking doomed to relegation to the Championship.

Garde, a former Lyon boss, won just two league games after taking over from Sherwood and Villa have lost their last six and conceded 18 goals in the process.

Garde was said to be unhappy with his failure to be backed in the transfer market in January, with the Frenchman reported to be considering his podsition in the wake of teh failure to sign any new players.

Garde had been expected to leave Villa Park last week, but was still taking training as recently as Tuesday morning. However, the distraction of the Egland international match at Wembley on Tuesday night, provided Villa with the opportunity to release the news of his departure.

“The club would like to place on record its sincere thanks to Remi for all his efforts during a difficult period and wish him well in the future.

“Eric Black will take over as acting manager until the club appoints a new manager.

“There will be no further comment from the club at this stage.”

Former Leicester boss Nigel Pearson is an early favourite with bookmakers to be the next manager, with former Everton, Manchester United and Real Sociedad boss, David Moyes, also linked.