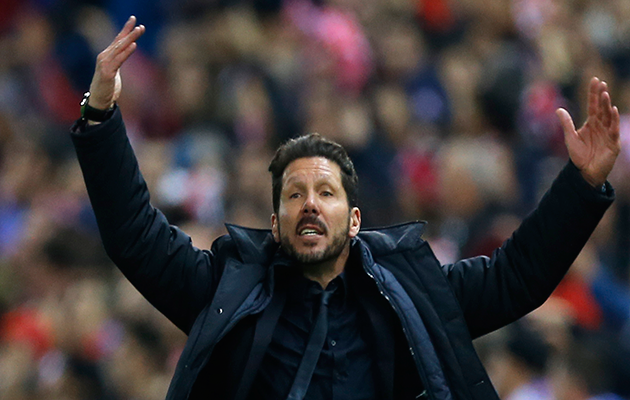 Atletico Madrid coach Diego Simeone hailed his players’ resolve and determination after they defeated Barcelona 2-0 on the night to reach the Champions League semi-finals for the second time in three seasons.

Two goals from Antoine Griezmann, one of which came from the penalty spot, were enough to secure a 3-2 aggregate win over the holders, leaving Simeone to praise the doggedness of his players.

“We never stopped believing, we work knowing the situation, knowing what we can do,” Simeone said. “In the first half, the game was more like what we wanted. In the second half it was closer to what they wanted.

“They had individuals who could break the game open, but we stayed together and stayed strong. It was difficult for us in the second half, but we kept playing very well, did not leave our plan. Every ball we went for was like the last.”

Simeone hailed the work ethic of his team which, he believes, compensates for the absence of a game-changing superstar player.

“We were up against a very good opponent, with great history, and with players who can change the game in any moment,” he said. “I am happy for the players who come together in this team, I do not just think about a pass to the semi-finals, it is more important than that. There are fewer values in society all the time, but we are a group of honest workers who can win or lose.

“Being Atletico means being tenacious, competitive, never giving up and overcoming difficulties. We know there are better teams than us. But we know we can compete.

“We make ourselves strong with the tools we have. We believe a lot in life values – respect, perseverance, pick yourself up in difficulties, compete, keep going. Today, once again, we have won a tremendously difficult game, but a very nice game.”

“We never have anything easy,” Simeone said. “Man City have enormous economic power, extraordinary players, Madrid, Bayern, the history they have. They are all great teams for us. But for Atletico Madrid to be among the four best in Europe is a big step, now we can do more.

“Now I am not thinking about anything else other than Granada [in La Liga on Sunday evening], for sure.”