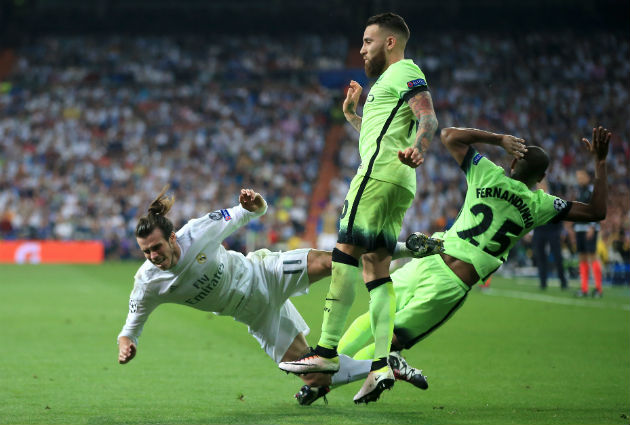 Real Madrid have been dealt a blow to their title aspirations after they confirmed that Gareth Bale suffered a knee injury during the Champions League game against Manchester City. Bale is expected to miss Valencia clash on Sunday.

Bale sustained the injury to his right knee and is now expected to miss Los Blancos’ match against Valencia at the Bernabeu on Sunday.

“Following the tests carried out on Gareth Bale, he has been diagnosed with a joint strain in his right knee. His recovery will continue to be assessed,” read a statement released on Real Madrid’s website.

The Welshman has been in sparkling form as of late, producing a number of eye-catching perfomances for Madrid.

He scored the winners against Rayo Vallecano and Real Sociedad, before providing the cross led to the only goal in Madrid’s match with Man City, which helped to send Los Blancos into the Champions League final.

Bale should be fit for the Europe’s showpiece match against local rivals Atletico Madrid on May 28th, however it is not clear yet whether he will be fit for Madrid’s final La Liga game against Deportivo La Coruna.