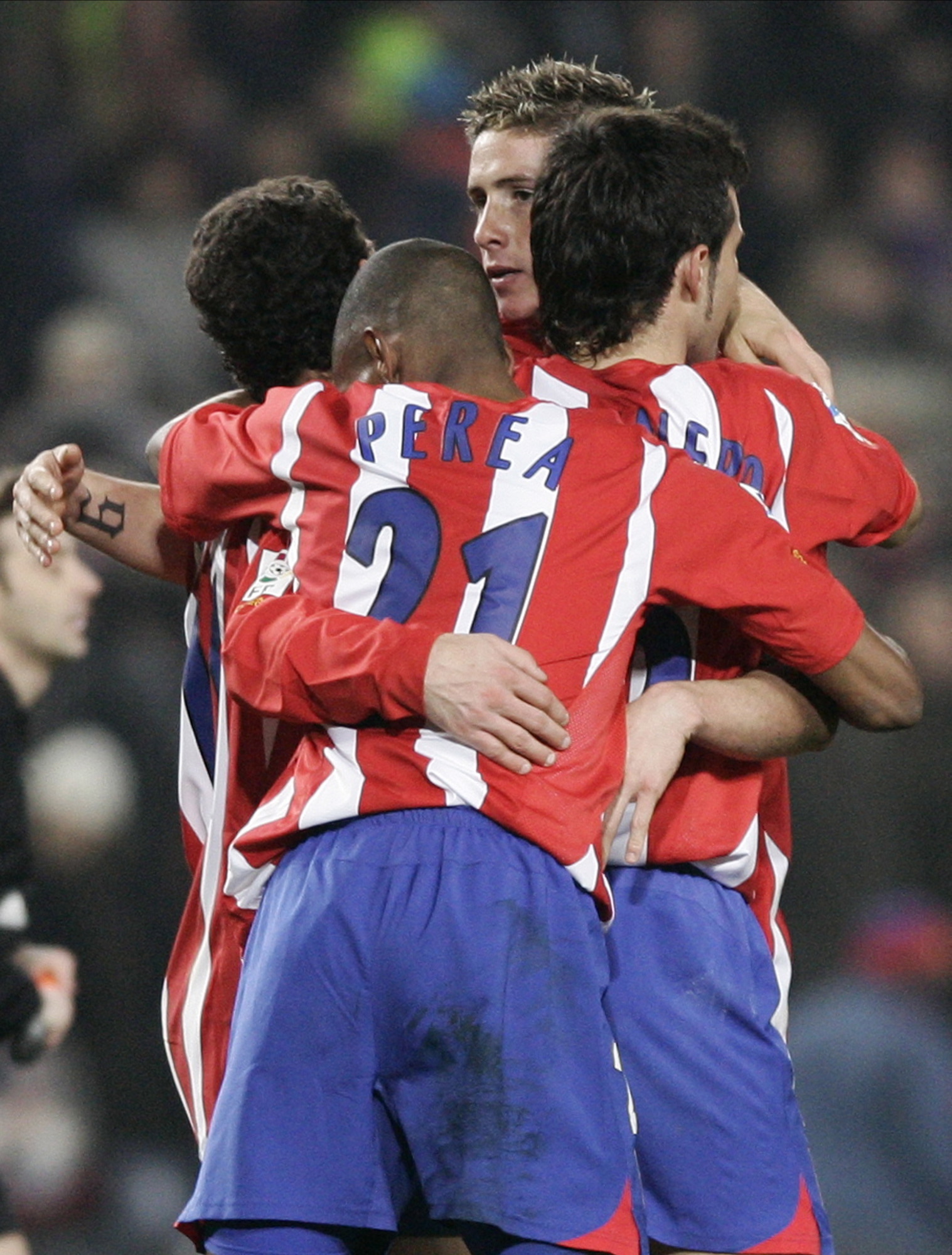 Atletico Madrid ended the Spanish champions winning run with a 3-1 victory in the Nou Camp.

Barca had recorded 14 straight wins and were one win short of equalling the record held by arch-rivals Real Madrid.

Atletico, who won 2-1 when the two sides met in Madrid earlier this season, were also the only side to beat Barca in the Nou Camp last season.

“We seem to be the only team that can beat Barca but that’s just a coincidence,” said Murcia.

“Barcelona play open attacking football so it’s logical that they will lose occasionally.”

Fernando Torres opened the socring for the visitors on 33 minutes, slotting home a loose ball after a defensive mix up between Gabri Garcia and Deco.

Maxi Rodriguez got Atletico’s second a few seconds after the break, before Henrik Larsson pulled one back for Barca just after the hour.

However, Torres secured the victory with his second goal of the night 15 minutes from the whistle, firing home from twelve yards.

Barca were playing without both Samuel Eto’o, who had only just returned from the African Nations Cup, and the suspended Ronaldinho.

Despite the defeat, Barca hold a nine-point advantage over their nearest rivals Valencia.