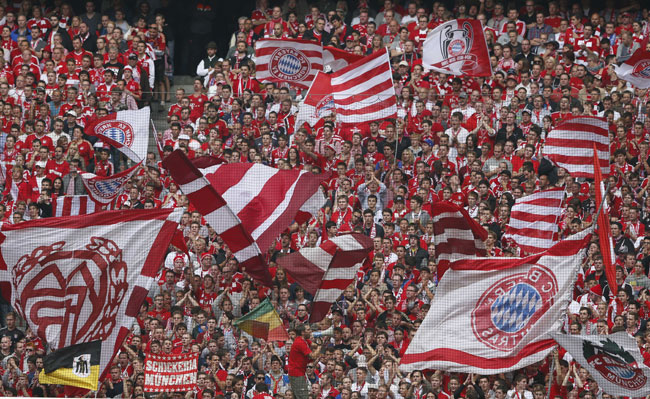 Bayern Munich will subsidise the cost of tickets for fans travelling to Arsenal.

Bayern Munich have agreed to subsidise the cost of tickets for supporters attending next month’s Champions League last 16 tie against Arsenal at the Emirates Stadium.

Arsenal will charge visiting fans 75 euros for the first leg of the round of 16 Champions League tie, but Bayern have announced that the club will pay part of the entrance fee to reduce the price for its supporters to 45 euros.

“Both in the past and in the current season, Bayern have impressed people not only with their good performances, but also with their enthusiastic fans,” a statement on the club’s official website reads.

“What really stands out is that a large part of the fans not only support Bayern during the absolute highlights, but try to attend each away game. It’s clear that this dedication not only costs a lot of time, but money as well.

“Bayern have therefore decided to compensate the fans who attend the away game against Arsenal in order to thank you for the support throughout 2013.”

Bayern has been allocated 2978 tickets for the away game against Arsenal, taking the total cost of the action to nearly 90.000 euros – a mere drop in the ocean for a club whose operating profit for the 2012-13 season was €95.6 million.