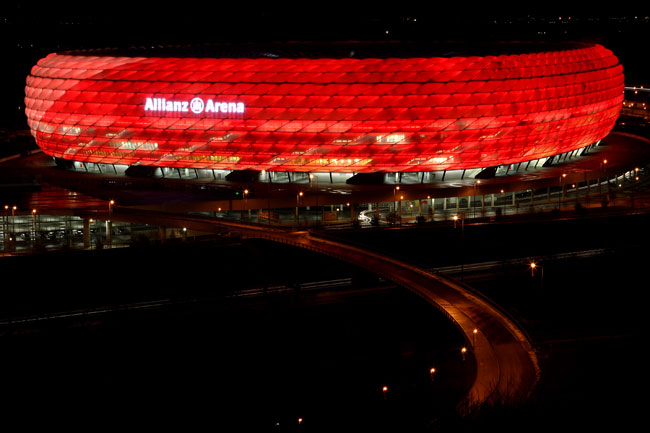 Allianz have taken a €110million stake in Bayern Munich.

German insurer Allianz have taken an 8.33% stake in the European champions Bayern Munich for €110 million.

The insurance company, after which Bayern Munich’s stadium is named, will become one of three major strategic partners alongside Adidas and Aldi.

The three partners will each hold an 8.33% stake, with the remaining 75% being owned by its members. Allianz said it had also extended a sponsorship deal giving it the option to extend the naming rights for the stadium until 2041.

Before the capital increase was agreed, Adidas and Audi each owned 9.1 percent of the club.

“FC Bayern mUNICH has thus once again set in place the basis of a solid, financially secure future for the club,” said Jan-Christian Dreesen, the board member responsible for finance.

Bayern president Uli Hoeness said the deal underlined the strength of the club.

“With the three Bavarian companies Allianz, Adidas and Audi, FC Bayern forms a Triple-A with its partners,” President Uli Hoeness said in the statement. “It is a dream – we are very proud, it shows the strength of this club.”

Under the arrangement, Bayern plans to pay off its debt on the Allianz Arena, which cost €340 million and opened in 2005, and invest in youth and training facilities. It also plans to extend the capacity of the ground by 4,000 to 75,000, making it Germany’s second largest.