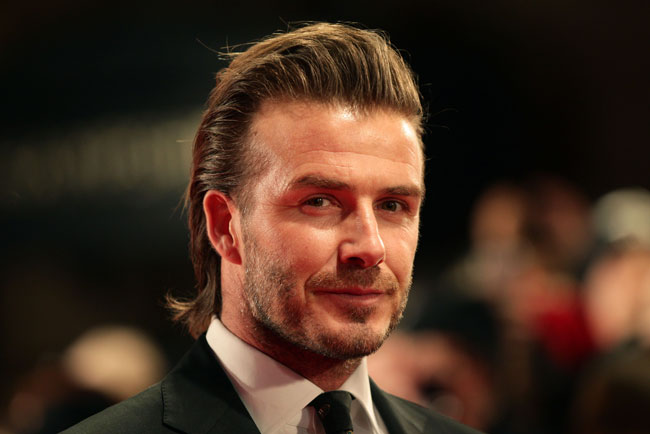 David Beckham is set to announce he will exercise his option of becoming a MLS franchise owner in Miami.

After months of speculation David Beckham and Major League Soccer will announce today that the former England captain is to exercise his option to become the owner of a team in Miami.

The announcement will mark the start of a lengthy process which will require the Beckham group to find a stadium location and financing before the MLS board will grant him approval to create the league’s 22nd club.

An MLS statement said: “Major League Soccer commissioner Don Garber and David Beckham will make a significant announcement impacting the Miami community. They will be joined by Miami-Dade County Mayor Carlos A. Gimenez.”

Beckham spent more than an hour Tuesday night with politicians, business people and ordinary people at the John S. and James L. Knight Concert Hall as he tried to gain momentum for ain Miami.

“I’ve seen the atmosphere in the city, being here for the [NBA] playoffs last year, I saw the passion of the people, the passion the public had for the sport in general.

“I’m really looking forward to the announcement [Wednesday]. It’s an exciting time for the MLS and myself as well. Being welcomed into Miami is unbelievable.”

The former Manchester United and Real Madrid midfielder, who played for the Los Angeles Galaxy, retired as a player last May and holds $25m option in his MLS contract to start a franchise. That may sound a lot but it represents a bargain – other potential syndicates will have to pay up to four times that figure to establish a new MLS franchise.

Beckham is already in discussions to lease county-owned land for a 25,000-seat stadium, with his favoured destination a waterfront location next to the port of Miami’s cruise ship terminal.

MLS has stressed the importance of having a stadium deal, along with a business plan, before it will approve a new team. “We can’t go to Miami without the right stadium solution,” Garber said in December. “David understands that, the city understands that.”

If funding for the stadium can be agreed, Beckham’s team is likely to take part in 2017.