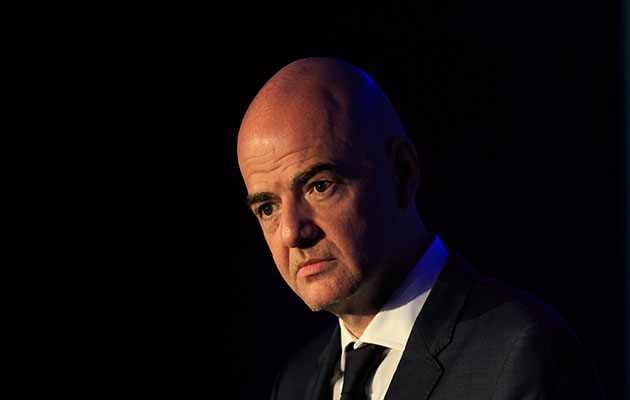 The European Club Association (ECA) group have had extensive dealings with the Swiss through his previous role as general secretary of UEFA.

Umberto Gandini, vice chairman of ECA, which represents more than 200 European clubs.  announced the group’s support for Infantino at a news conference on Tuesday.

“We know Gianni very well. He has been instrumental in the creation of the relationship between UEFA and the ECA,” Gandini said. “We see his candidacy as a nice opportunity for him which hopefully will benefit football worldwide.

“He has the skills to perform very well,” he added ahead of this month’s vote at the scandal-plagued world governing body.

ECA, which replaced the G-14 group of leading clubs in 2008, has two representatives on the UEFA executive committee but gets no vote in the FIFA presidential election which is determined by the 209 constituent members.

Blatter’s departure came in the wake of the corruption scandal that hit FIFA on the eve of last June’s presidential election, and resulted in 41 individuals indicted by the U.S. Department of Justice.

The ECA also voiced its opposition to the proposed expansion of the World Cup from 32 to 40 teams – an idea included by Infantino as part of his presidential manifesto.

“We will expect to be at the table to discuss all the possible reforms and we will bring our contribution and our evaluation, which can only be negative today.

“We are not there yet (at the point where changes to the World Cup format would be made) but we are not now in a situation of supporting such an idea,” he added.