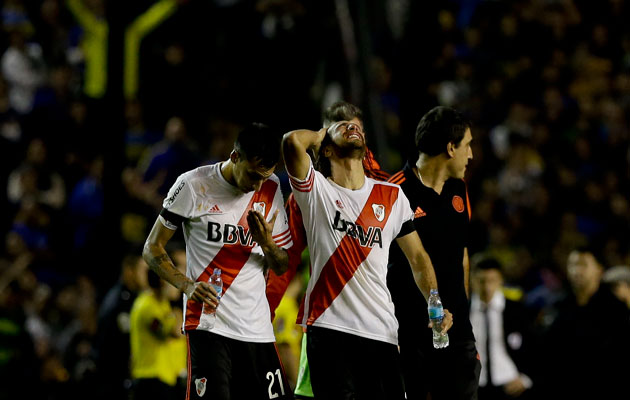 Thursday night’s Liberatodores Cup last-16 second leg between Boca Juniors and River Plate was abandoned after the players were attacked with pepper spray as they came out of the tunnel for the second half.

Four River Plate players were taken to hospital after the incident and the game was called off.

Boca president Daniel Angelici said: “We will do all we can to help police.” 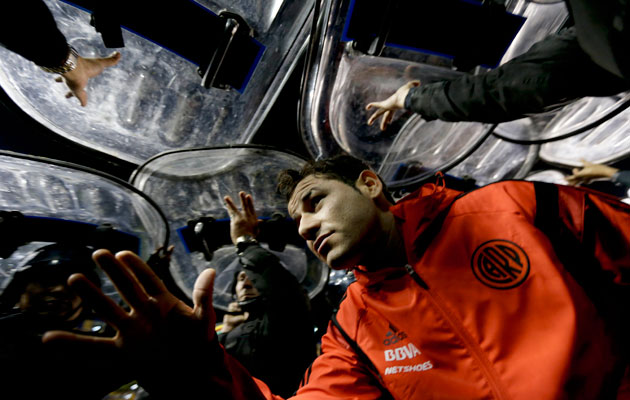 Fans managed to escape security to find a way through high wire fencing and on to the pitch.

Television pictures showed River players Leonardo Ponzio and Leonel Vangioni rubbing their eyes, with other players pouring water over their faces after apparently being sprayed with a pepper spray-like substance.

“I can’t see, I can’t see. I am burning. This is not a war,” said River Plate defender Ramiro Funes Mori amid chaotic scenes as the match was halted.

“My whole body hurts,” River player Leonardo Ponzio said. “They threw, I’m not sure what it was, pepper spray at us. This just can’t be.”

All three players, along with team-mate Matias Kranevitter, were taken to hospital for treatment for burns.

Players from both sides congregated in the middle of the field, along with police, match officials and representatives of CONMEBOL, before a decision was taken to abandon the game. 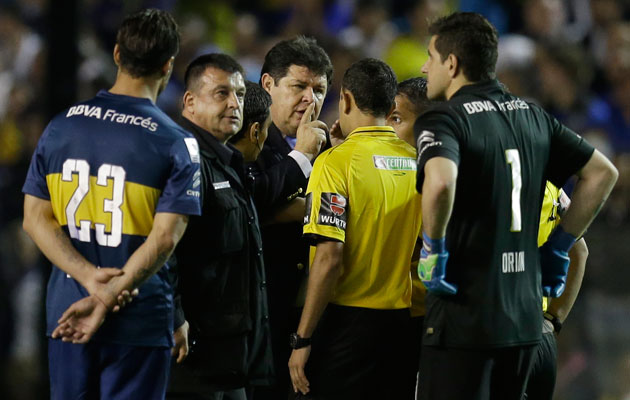 Conmebol delegate Roger Bello of Bolivia, centre, gestures as he speaks with referee Dario Herrera, moments before match was abandoned.

Angelici said his club would “accept responsibility” for the incident but added Boca’s players should not be punished for what he said was “society’s problem, not football’s problem”.

“These people are sick,” he added. “An aerosol is small, it is very powerful. It can fit in your pocket and when there are almost 50,000 people it can get by security.”

This was the third match in 12 days between the two Buenos Aires clubs. Boca had won the initial clash, winning 2-0 at La Bombonera, before last week’s Libertadores first leg ended 1-0 to River at the Estadio Monumental. Whether there will be a fourth encounter remains to be seen.

South American football’s governing body Conmebol said its disciplinary committee would meet on Friday and decide whether to replay the match, complete it at a neutral venue, or award the tie to Rive.