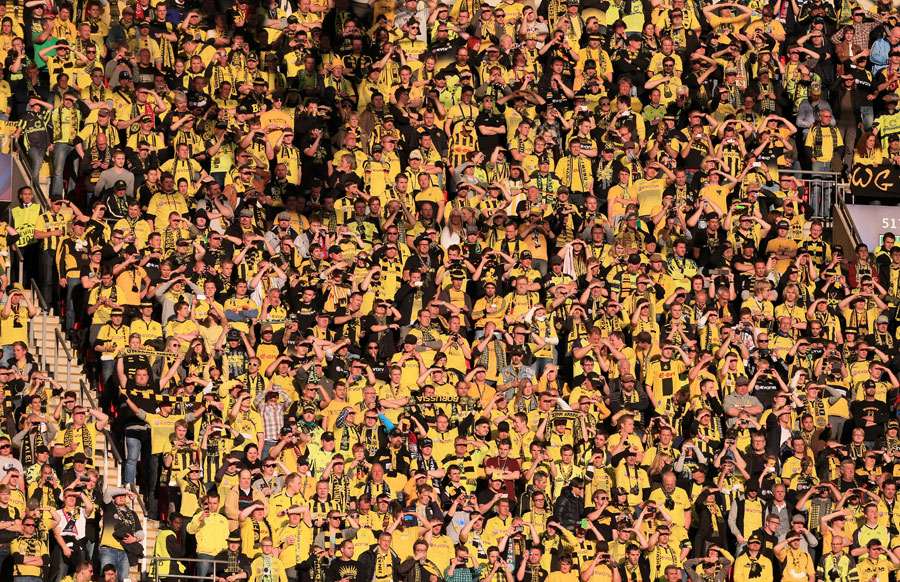 Borussia Dortmund have banned a neo-nazi supporter from their ground until 2020 after he shouted ‘Sieg heil’ during a minute’s silence before Saturday’s 3-0 defeat at Hamburg.

The supporter was thrown out of  Hamburg’s Imtech Arena by stewards after shouting during the silence to honour Hamburg’s former physiotherapist Hermann Rieger, who died last week.

Hamburg gave the supporter the maximum three-year ban from all stadiums in Germany, but Borussia went a step further by banning him from their Westfalenstadion until June 30 2020.

In a statement, last season’s Champions League finalists thanked Hamburg for their “good co-operation” in dealing with the incident and said they would use “all available means” against racism and discrimination.

“We want to be the second football lighthouse in Germany,” Watzke told the Frankfurter Allgemeinen Zeitung.

“The lighthouse doesn’t have to be quite so big as the red and white one in the south (Bayern Munich), but the yellow-black (Borussia’s colours) lighthouse must be stable and it must shine.”