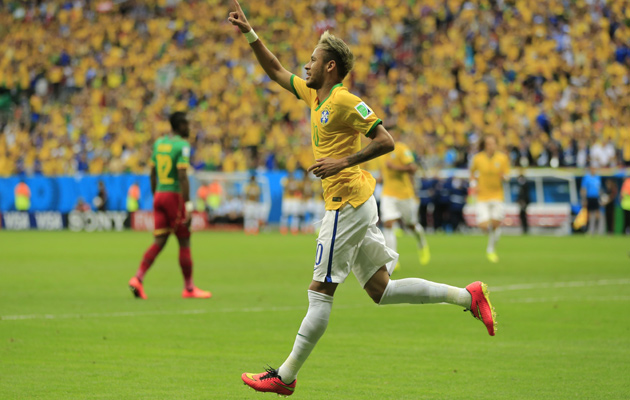 Match overview: Brazil topped Group A after this 4-1 victory over Cameroon in Brasilia. The scoreline suggests an easy win, but Cameroon proved far trickier opponents than expected, equalising in the first half with a goal from Joel Matip that exposed the fragility of Brazil’s defence. Neymar proved once again to be Brazil’s saviour, scoring twice to take his goal tally in the tournament to four goals.

Key moment: Brazil’s third goal killed off any chance of a Cameroon comeback. It may have been offside but Fred scored his first goal of the tournament.

Man of the match: Neymar was substituted in the 71st minute, a precautionary change after he  went down with an apparent injury. But his work by then was done.

Matter of fact: Neymar became only the third player, after Teofilo Cubillas and Miroslav to score two braces in the group stages of a World Cup.

Talking point: Brazil’s jittery defence proved far from secure against Cameroon, suggesting that they will again be exposed by stronger opponents later in the competition.