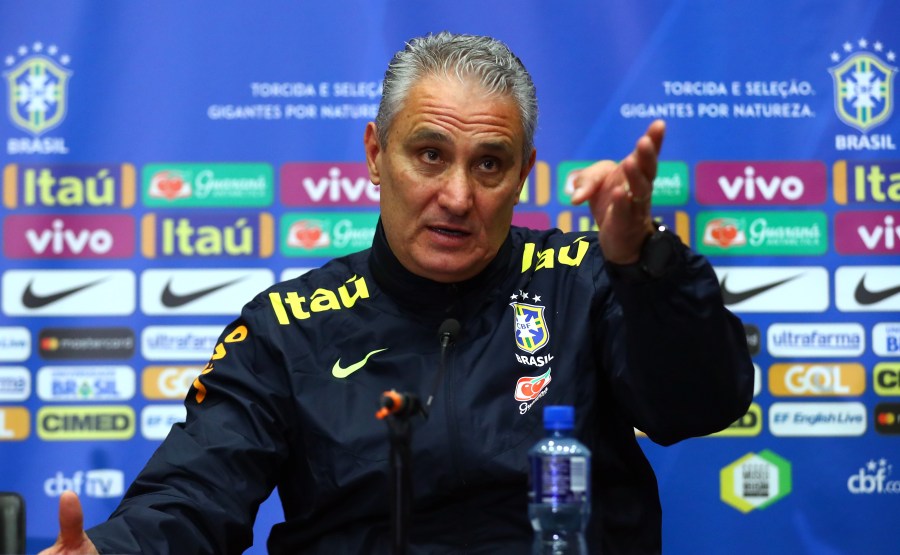 When Tite took over as coach, a third of the World Cup qualification had been played and Brazil were languishing in sixth place. Then, with 10 wins and two draws, 30 goals scored and three conceded, they cruised to Russia, and will go the tournament as one of the favourites.

There have been two aspects to this remarkable turnaround. One is the tactical excellence of the coach, the hours he has put in studying – especially top level European football – and applying concepts to his team.

The other is Tite’s man management. He is a charismatic, captivating figure, who comes across a little like a hip priest. One critic dismisses him as “a snake charmer”. But there is no doubt that he has a fine track record of winning over his group and persuading them to believe in the collective project.

The tactical side of Tite has revelled in being coach of the national team. In comparison with domestic Brazilian football, he is able to work with a much higher calibre of player. But the other side of him, the group leader, does not always seem entirely comfortable with the demands of his current post.

A club coach has his entire universe in front of him. He is restricted in his options by those players at his disposal. This is his raw material. These are the men he needs to win over.

A national team boss, especially of Brazil, lives a very different reality. The range of possible options is almost limitless. There are so many players to be observed – and that is the easy part. The hard bit is making the choices. To choose is to exclude – which perhaps means leaving out a player with whom the coach has been working hard to form a relationship, to make him feel a valued and important member of the group.

Tite has commented in the past that if it was up to him then he would be including over 30 players in his squad, and that he needs those around him on his coaching staff to help him whittle it down to a manageable number.

His instinct is to be loyal. But in the battle to name just 23 for the World Cup, he is aided by two memories.

One comes from his own past. In 2011-12 he led Corinthians to the domestic, continental and world titles. He has since confessed that he then made a mistake. He was too loyal. He kept faith with the same group – and after climbing all the available mountains, they had nowhere left to go. Their level of performance dropped. He should have shaken things up with a couple of new signings. He should have followed the practice of Alex Ferguson at Manchester United; always buy after a title winning season, but show faith by being more reluctant to re-enforce when the side have come up short.

The other example is from Brazil’s horrific 2014 World Cup campaign. In hindsight it is clear than then-coach Luiz Felipe Scolari was too loyal to his group after they had won the previous year’s Confederations Cup. A year before the main event, the World Cup squad was already as good as carved in stone.

Attempting to avoid a similar fate, Tite is caught up in contradictory impulses, as is clear from the make up of his squad for this month’s warm up friendlies against Russia and Germany. He has already guaranteed 15 of his stalwarts a place on the plane to the World Cup. But round the edges he is very keen to promote fierce competition for as long as possible. New players are still being given an opportunity to come in from the cold – Anderson Talisca of Besiktas and Willian Jose of Real Sociedad have been included for the first time. If they do well in these two games, it might be difficult to leave them out of the final 23 – and the whole group is thus given a shake up.

The identity of these two newcomers is also interesting. Willian Jose is a target man centre-forward, a different type from either Gabriel Jesus or Roberto Firmino. And Talisca is an attacking midfielder with both a strong long range shot and considerable aerial ability.

A tactical point is also clearly being made. In the light of November’s 0-0 draw with England at Wembley, Tite may well be thinking of options he can call on when his team is struggling to break down defensive opponents.