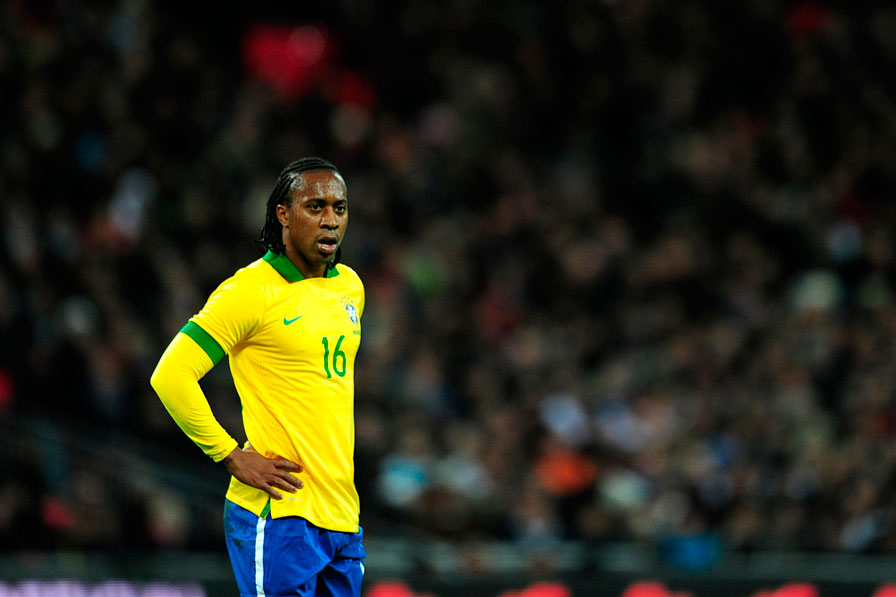 Santos midfielder Arouca was racially abused by fans while speaking to reporters his team’s 5-2 win in the Sao Paulo state championship on Thursday.

Arouca was conducting a post-match interview, when some fans in the stands called him “monkey.”

The insults came a day after a referee said he was targeted by racist fans before and after a match, and weeks after another Brazilian player was racially abused in a high profile Copa Libertadores game in Peru.

”It’s better to block that out, better not to listen to these people, if you can actually call them people,” said the 27-year-old Arouca. ”It’s hard to talk about what is happening these days. It’s tough, but we know it happens, not only in soccer. I just hope someone can do something serious about it because it’s lamentable.”

Reporters later said the insults came from a group of three or four Mogi Mirim fans.

The last thing Brazil needs as it struggles to cope with the demands of hosting the world’s biggest sporting event, is an incident of this kind.

”We can’t let something like this happen, especially with the World Cup just around the corner,” Santos coach Oswaldo de Oliveira said after the insults to Arouca.

”These people need to be punished.”

Police officials said they would try to find those responsible.

On Wednesday, referee Marcio Chagas da Silva said some fans called him ”monkey” and told him to ”return to the jungle” before a match in the Rio Grande do Sul state championship. He said his car was vandalised and bananas were left on top of it.

”Unfortunately, this type of attitude is still happening in this country,” Silva said.

Last month, Brazilian president Dilma Rousseff condemned the treatment of Cruzeiro player Tinga, who was taunted with monkey chants every time he touched the ball during a Copa Libertadores match in Peru.

Rousseff called the incident ”sad,” adding that ”sports can never serve as a stage for prejudice.”