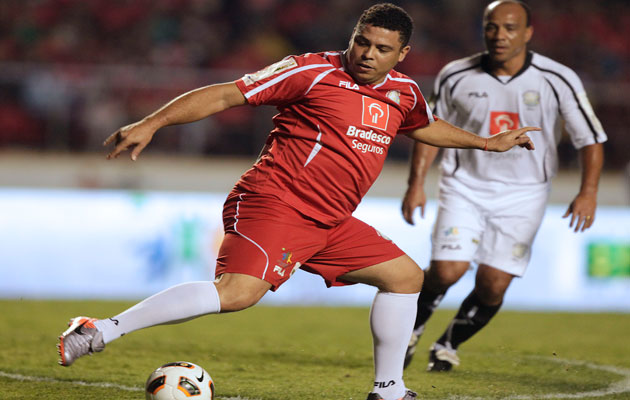 The 38-year-old World-Cup winner took part-ownership in the North American Soccer League side last month. In what is in no way a publicity stunt for his new venture, the three-time winner of the FIFA World Player of the Year award is reported to be getting fit in a bid to play again.

Ronaldo is not the first high-profile player to join the Strikers, with Gordon Banks, Gerd Muller and George Best played for the club back in their NASL glory days.

“I will be very involved with the management of the team and have already started to make introductions that will certainly help us to turn the Strikers into a global powerhouse,” Ronaldo said somewhat optimistically.

“There are no doubts that the beautiful game is growing exponentially in the US, and I guarantee you that the NASL will play a key role in the rise of professional soccer here.”

Ronaldo was a member of the organising committee for the 2014 World Cup, although more recently he made the news after making a deep run in a high stakes poker tournament.