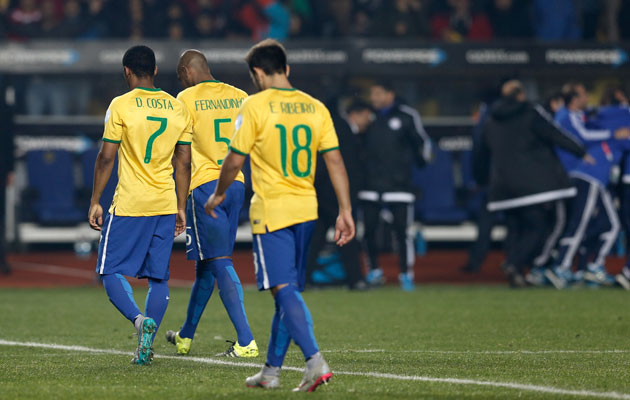 The Brazilian football confederation (CBF) has decided to call upon the experience of former national team coaches to help improve performances after a series of disappointing results in major tournaments.

The confederation’s announcement that it will create a panel of former coaches comes in the wake of Brazil’s elimination in the quarter-finals of the Copa America for the second consecutive time. That exit also came less than a year since Brazil’s worst defeat ever, a chastening 7-1 defeat to Germany in the semi-finals of the World Cup played on home soil.

Former goalkeeper Gilmar Rinaldi, the CBF official responsible for the national team, said in an interview with SporTV in Brazil that the state of the nation discussion would be extended to include input from foreign coaches, club coaches, former world players and media representatives.

“We will institute the counsel of strategic development for Brazilian football,” Rinaldi said. “We want an X-ray of what can be done. We want to open the confederation to knowledge from outside. It will be the future of the national team and of our football.”

The decision to seek help was made after a meeting in Rio de Janeiro involving confederation president Marco Polo del Nero and national team coach, Dunga, whose position is safe, despite the disappointing showing in Chile.

“The goal is to have a diagnosis of Brazilian football through different perspectives so we can create and implement a strategic plan of action,” Rinaldi added.

This month’s Copa America gave Brazil its first chance to get over the humiliating World Cup elimination but, without the suspended Neymar, Dunga’s men lacked creativity and went out to Paraguay on penalties for the second straight time.