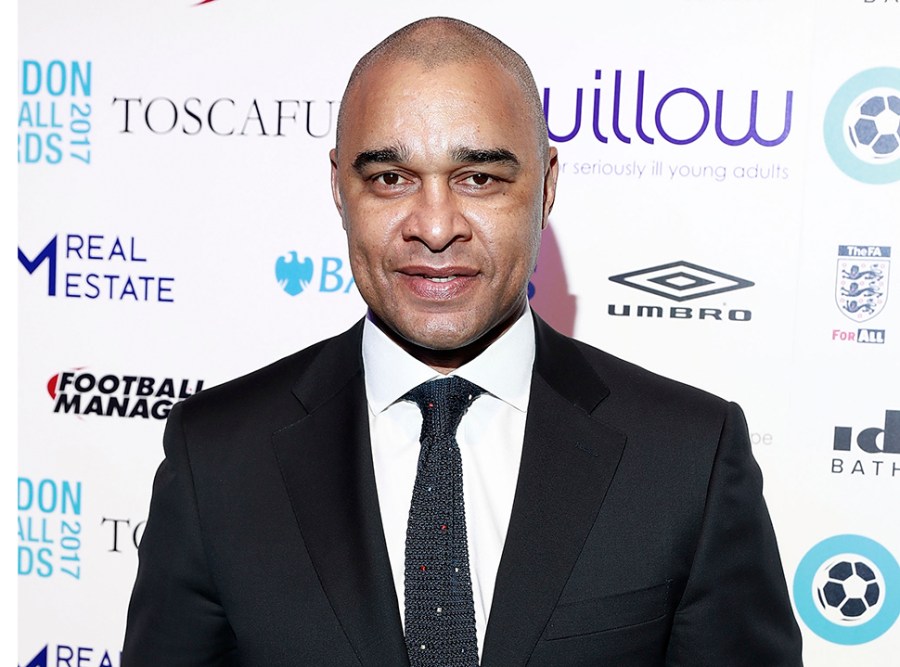 Good to see my old friend Paul Elliott emerge from the wings, so to speak, to succeed Heather Rabbatts as chairman of the FA’s so-called inclusion advisory board.

It may be recalled that he withdrew some time ago from his previous official role, having publicly and surprisingly called his former Charlton Athletic colleague, he too an ex centre-half, Richard Rufus, a “nigger”, after losing huge sums of money in an operation run by Rufus. The subsequent ramifications of which are obscure.

Paul, alas, was losing large amounts of money for the second time and I regret to say that I myself was envolved in his previous losses. This because I worked closely wth him over the case he brought against Liverpool FC, after a fatal challenge by Dean Saunders, when Paul was playing for Chelsea, ruled him out of soccer forever. I helped him find lawyers and monitored all the statements made on his behalf but all in vain.

I thought the ultimate summing-up by Mr Justice Drake was very unfair. Inter alia, he had obviously taken a dislike to Ken Bates, then the owner of Chelsea, as evidenced by his bizarre insistence that Bates had a poor memory. That he could not possibly have remembered saying when he came up into the Anfield directors box at half-time: “The players want to lynch Saunders. They say he stamped on him.”

Yet those words were spoken directly to me and I still recall them. That defeat in court cost poor Paul huge sums of money, but he fought his way back resolutely and successfully only to lose tens of thousands again in Rufus’s scheme.

Paul played in Italy with success for Pisa, and was a powerful figure in the Celtic defence, despite constant racist abuse from bigoted fans. Which became so bad in a match against Hearts that the Hearts captain went over to the terrace to plead with his supporters to desist.

Two of the well-known witnesses which Paul called for his case were Ken Aston, the international referee, and the ex-Arsenal manager Bertie Mee. Aston you may remember was referee of that appalling, violent fiasco between the Chileans and Italy in Santiago in 1962, a match which he deemed uncontrollable. He subsequently became a senior FIFA official.

Aston was in court every day though there was no need for him to be in special seats below the judge, rather like a cat with cream. The judge, somewhat unfairly I felt, rejected his evidence. Which did not stop him after Paul’s expensive defeat from writing to demand a payment of £5,000. Mee asked for £1,000. Neither I am glad to say was paid.

What price Chelsea next season? Not only are they competing in the European Champions Cup, where last season they had no European commitments, but they have now lost their star turn, Eden Hazard, for three whole months. The bitter irony of it, so far as Chelsea are concerned, is that Hazard recently fractured his right ankle not while playing for Chelsea but in training with the Belgian team. Hard indeed to replace him.

Gareth Southgate’s bright idea before the England game against Scotland was to take his players to a Royal Marines training camp to prepare, if that be the word, for their fixture at Hampden. The exercises included, inexplicably to me, a four-mile slog with a burden on their backs of 21 kilograms. Supervised by commando NCOs.

Since your contemporary footballers are arguably the fittest and fastest they have ever been, this seemed to me an utterly pointless programme, even though the players are said for some masochistic reason to have enjoyed it. Southgate himself said, “We wanted to come and put the guys into a different environment, something they weren’t expecting… How will we be adaptable in moments of difficulty for us as a team?”

The logic escapes me.