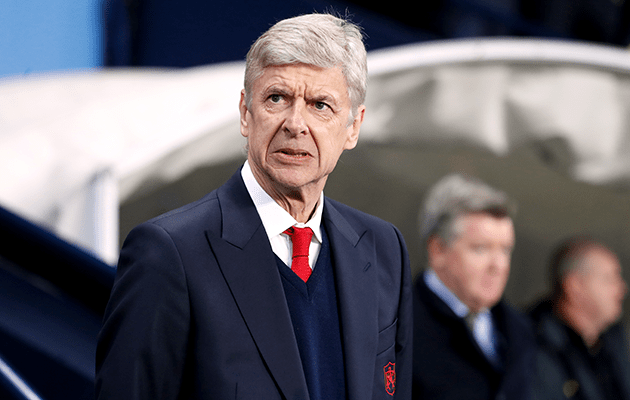 Alas poor Arsenal! Alas poor Wenger: doomed at last? Beaten at home during the week by an obscure little Swedish team in the secondary European competition. Played off the park by an embarrassingly dominant Manchester City side at Wembley, in the Final of the Football League Cup. Admittedly they were unable to use the Cup-tied recently purchased Henrikh Mkhitaryan, but what good had that done them against the defiant Swedes?

Wenger, doing his best as always to put a brave face on catastrophe, insisted that one of the City goals was offside. In fact under the previous reading of the rules it was, one City attacker standing in a well offside position; but nowadays the law is that a man must be interfering with the play, and this man wasn’t.

What a far cry it is to the days at centre-back of Tony Adams, Martin Keown and Steve Bould, not to mention Leslie Compton, Ray Daniel and Bernard Joy. For that first embarrassing and potentially traumatising City goal, Shkodran Mustafi allowed himself so feebly to be brushed off the ball by the far smaller Sergio Aguero, who duly ran on to lob over the hapless David Ospina, controversially preferred to the usual incumbent, Petr Cech.

True, Ospina had been used in all the Gunners’ League Cup tie thus far, but on such an occasion he looked wretchedly nervous, and the calmer presence of Cech might have made for greater solidity. Not that poor Ospina could rely on the struggling defence in front of him.

Another of Arsenal’s recent hugely expensive additions, Aubameyang, had a glorious chance to open the score in the early minutes, missed it hopelessly and thereafter largely disappeared from view.

Wenger, for all his impressive early triumphs with the Gunners, has surely been past his sell by date for a good four years. Yet an indulgent board has allowed him to survive; survive such humiliations as the two 5-1 defeats in the European Champions Cup by Bayern Munich.

Hard to pick any Arsenal player who truly redeemed himself with the possible exception of the only homegrown player in the side, Jack Wilshere, but even he blotted his copybook with a blatant dive. Aaron Ramsey, who has excelled at Wembley since he came on in the FA Cup Final as a teenaged Cardiff City youngster, was anonymous. As for Mesut Ozil, who has just signed a massive contract, a player who, with his great talents, should excel in games like these, he virtually sank without trace after almost creating an early goal.

City were utterly dominant, wholly deserving of their 3-0 win and by the end of the game the Arsenal supporters has been leaving the stadium en masse. It is quite clear that there will be no European Champions Cup for Arsenal next season, as indeed there was none in this one. Several recent executive appointments suggest that Wenger is no longer the dominant figure that he has been for so long. His contract runs until the end of next season, but surely it is in his own best interests as well as those of the club that he doesn’t run it till the probably bitter end.

That his key players let him down so badly against City is beyond doubt. Losing Sanchez, which was inevitable has certainly blunted the force of the attack, and how does Wenger or anyone else persuade Ozil to exert himself?

But Wenger seems no longer the dominant force at Arsenal where the chief executive Ivan Gazidis is emerging as the decisive figure. The self defeatingly complaisant Arsenal board are unlikely to protect Wenger any more. But what does any manager do with Ozil?

Every time I watch the increasingly effective and fluent Fulham, I am immensely impressed by the calm excellence of their captain and central midfielder, Tom Cairney. Technically adroit, strategically aware, never in a hurry, he is the hub and inspiration of an increasingly successful team. He has the truly gifted player’s ability constantly to find himself time and space. Six foot tall, 27 years old, born in Nottingham but signed by Fulham from Blackburn Rovers, it is a shame for England that he has already represented Scotland. The current England’s central midfield is anything but convincing and creative.