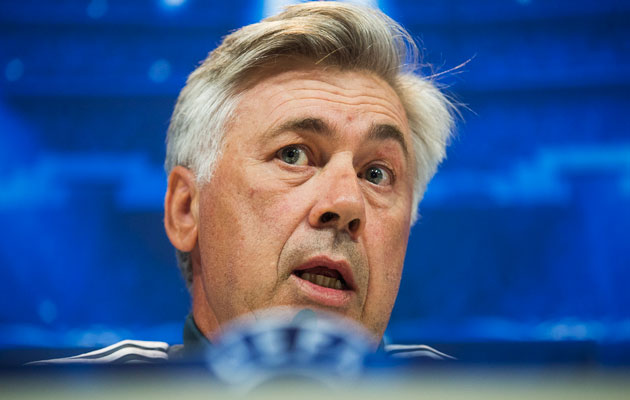 The Real Madrid coach Carlo Ancelotti saluted his team after they set a new Spanish record of 19 straight victories with Tuesday’s 4-0 win over Ludogorets Razgrad.

The victory at the Bernabeu meant Madrid finished their Champions League Group B campaign with a 100% record.

Only five teams have previously managed to win all six group games in the competition – one of which was Madrid under Jose mourinho in 2011-12.

“It is not easy preparing for each game with the same levels of motivation and eagerness that these players are showing”, Ancelotti told realmadrid.com.

“After losing to Atletico [Madrid, the team’s last defeat on 13 September], I couldn’t have imagined stringing together 19 consecutive wins.

“I was sure that the things that weren’t going well would be fixed, but not to this extent. It is a result we have achieved with extraordinary seriousness and an incredible amount of professionalism. I know that I have an extraordinary group of players. I don’t tire of saying this.

“I have a very good relationship with the players. I care a lot for them and I thank them for the work they’re doing as much as I can.

Tuesday’s win allowed Madrid to pass the 18 consecutive wins mark set by Frank Rijkaard’s Barcelona side between October 2005 and January 2006. Ancelotti’s squad are five wins away from equalling the world record of 24 straight victories set by Brazil’s Coritiba FC in 2011.

“We are enjoying a great moment: the players, the technical staff and the club, which has always supported us,” Ancelotti said. “We have to keep this run going.”