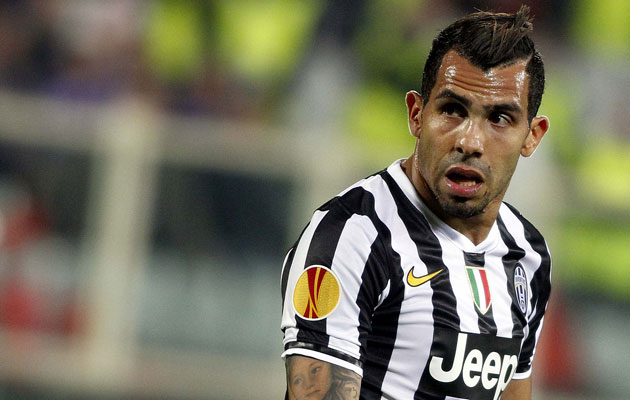 All Italy expects. As champions and league leaders Juventus prepare for tonight’s Champions League quarter final, first leg tie against Monaco at the Juventus Stadium, there is a heavy weight of expectation hanging over the Old Lady. Namely, can she make it to the semi-finals and in the process restore an element of pride and respectability to an Italian football movement that at times has appeared in irreversible decline in recent years.

It says much that no Italian side has made it to the semi-finals of Europe’s most prestigious competition since 2010, the year of Jose Mourinho’s remarkable hatrick of Italian Cup, Serie A title and Champions League with Inter Milan. In that same period, too, Italy have been ignominiously eliminated in the first round of successive World Cups in South Africa and Brazil.

With the draw having apparently been “kind” to Juventus, has the moment come for Italian football to stand up and be counted internationally again? This current Juventus team are well on the way to a fourth consecutive league title. On the home front, even allowing for last Saturday’s surprise 1-0 defeat away to Parma, they are practically playing in a league of their own, still 12 points clear of second placed Lazio, notwithstanding that “hiccup” against Parma.

All that remains at this point is for Juventus to make that “quality leap” forward. Whilst Juve were clearly very glad to have avoided Bayern Munich, Barcelona and the two Madrids, Massimiliano Allegri is too experienced a coach to make the mistake of underestimating the side from Monte Carlo. For one thing, Leonardo Jardim’s side play a cautious, organised game that takes its inspiration from a hundred Italian models down the years and which saw the team concede only one goal in the group phase last autumn.

With Frenchman Paul Pogba ruled out by injury, much may depend upon 35-year-old midfield guiding light, Andrea Pirlo. However, his return to the team tonight after an injury that has kept him out of the side for the last seven weeks clearly represents a serious gamble. Coach Allegri, if he does opt for Pirlo, will be looking to Chilean Arturo Vidal and the “Little Prince” Claudio Marchisio to do a lot of covering for his ageing schemer.

Up front, Juventus will, as ever, rely heavily on Argentine Carlo Tevez, arguably the team’s most influential player of the last 18 months. Not only does Tevez score important goals but he also combines his sharpshooting skills with a fierce workrate that sees him lead the line from the front.

If Monaco have one possible advantage over Juventus tonight, it concerns their average age. Whilst goalkeeper Gigi Buffon is 37, defender Patrice Evra 33, Pirlo 35 and Tevez 31, Monaco field some exciting talent such as 21-year-old Belgian Yannick Ferreira-Carrasco and 19-year-old Anthony Martial in attack not to mention 21-year-old Brazilian defender Fabinho and 22-year-old French international full back, Geoffrey Kondogbia.

However, Arsenal’s 2-0 win against Monaco in Monte Carlo would suggest that this team could be within Juve’s reach. Despite that, Allegri is calling on his team to be careful and, in particular, to avoid conceding a home goal saying:

“This is the sort of team that tempts you to push forward all the time…For that reason, we’ve got to be humble in the way we play against the side that has the best defensive record in the French league. Maybe it could be a boring game but that doesn’t matter, what counts is not to concede a goal…