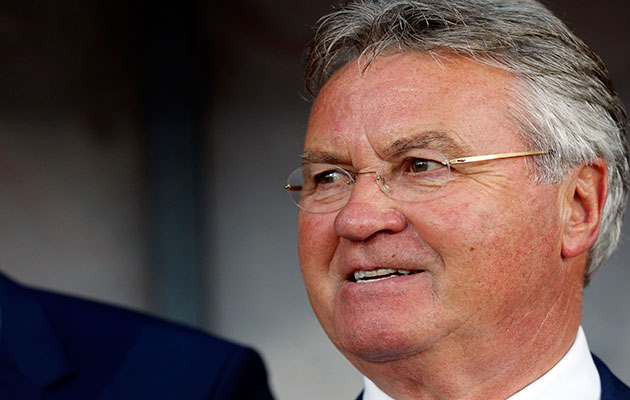 Guus Hiddink has confirmed he is in talks with Chelsea about succeeding Jose Mourinho, but admits he has reservations about taking over on an interim basis for a second time.

Mourinho was sacked by Chelsea on Thursday, just seven months after he led the club to the Premier League title.

Hiddink, who was previously appointed caretaker boss at Stamford Bridge in February of 2009 following the departure of Luiz Felipe Scolari, arrived in London on Friday to open discussions with Chelsea. He steadied the ship at the time and led the club to FA Cup glory before stepping down and being replaced by Carlo Ancelotti.

The ex-Netherlands coach said in De Telegraaf: “I want to get some good insight before I make my decision.

“I want as much information as possible. Chelsea are in a bad situation and there are reasons for that,” Hiddink, 69, said.

“I want to gain some good insights on that before I make my decision.

“Whether or not I’m visiting their next match depends on my first conversation. Then I’ll decide if I should stay in London longer.”

Hiddink is quoted by Fox Sports as saying: “We are still talking, exchanging stuff… It is possible that we would still use this weekend to discuss.

“It could take hours or days before I say yes or no. The news is fresh. I first want to take a good look.”

Chelsea have earned just 15 points from their first 16 league games and are in 16th place in the table, a point above the relegation zone. Monday’s defeat to Leicester City left them 20 points behind the league leaders.