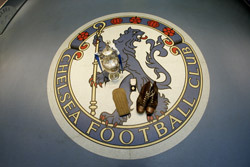 Chelsea have signed a deal with the Asian Football Confederation, to develop Chinese football talent in a move the club said would help consolidate their Asian fan base.

Chelsea will provide financial and technical support to grassroots football clubs across the country until 2010.

“Target number one is to ensure Chelsea is recognised as responsible for the development of the sport in China,” the club’s chief executive Peter Kenyon told reporters.

“Chelsea’s mission is to be the world’s number one club by 2014 and that cannot be realised without taking serious participation in Asia,” he said.

“I must stress that this is not a business contract but a development programme,” he explained.

“Chelsea are the first overseas club to approach us with the philosophy of giving, and not taking. Any support that provides a platform for greater success in Asian football is a good thing.

“At the moment, only Japan has a proper infrastructure in Asia. Some countries are not far behind while others have a long way to go.

“We hope Chelsea can help us with the expertise to improve the way clubs and leagues work in Asia.”

The AFC said the 10 best talents uncovered in each city will be able to train with Chelsea, while the AFC’s Player of the Year will train for a month with the club.

Last month, Chelsea signed an agreement with Internet portal Sina.com to become the first Premiership club to set up a website in Chinese run from China.