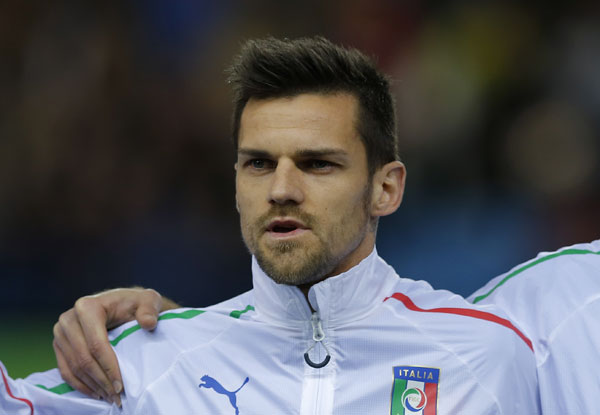 Italy and Napoli fullback Christian Maggio has been hospitalized with a collapsed lung after being struck by the ball earlier this week in training.

Napoli says Maggio, 32, was taken to a medical facility near its training centre after the squad returned from Portugal early Friday morning following a 1-0 defeat to Porto in the Europa League.

Maggio will remain in the hospital for 24 hours to have the affected lung drained, although it was unclear how long it will be before he is playing again.

Maggio played for Italy at the 2010 World Cup and 2012 European Championship and is hoping to be involved for the Azurri at this year’s World Cup. He has won 34 caps in total.