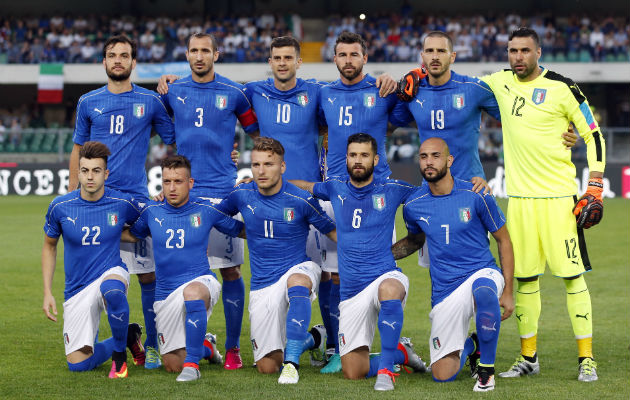 Italy manager Antonio Conte will be hoping that his side build a solid foundation at this summer’s Euros and will look to the Juventus foursome of Andrea Barzagli, Leonardo Bonucci, Giorgio Chiellini and goalkeeper Gianluigi Buffon to provide this.

Conte’s side had a tremendous qualifying campaign defensively and Italy only conceded just seven goals in 10 matches and Conte said that the relationship the Juventus foursome have is an advantage.

“It’s definitely an advantage to be able to rely on four players from Juventus who have played together for a long time in defence, and of course we are building something solid on this basis,” Conte told UEFA’s official website.

Conte added that it will be key to forge a balance between attack and defence.

“But as I said before, I like to adopt a proactive style of play and for this, balance will be important, both in attacking and defending.”

However Bonucci stressed the whole team have a duty to defend together and acknowledged that the forwards aid the teams’s defensive structure.

“What’s certain is that the defensive operation includes the forwards as well. Our work is made easier by the fact our forwards, just as Conte wants, are our first defenders,” Bonucci said.

“I don’t think a team necessarily need to score that many goals; you only have to score one more than your opponents and concede one less. That is what really counts.”