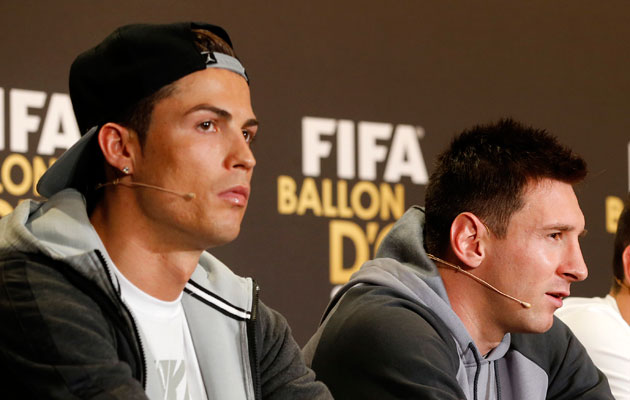 Cristiano Ronaldo has posted a Facebook message denying he regularly uses an abusive swear word with referring to Lionel Messi.

Spanish journalist and broadcaster Guillem Balague claims in his book ‘Messi’ that he was told by some of Ronaldo’s teammates that the Portuguese uses the term ‘motherfucker’ when referrung to his Barcelona rival.

An extract from the book was published in Tuesday’s Telegraph claiming “Cristiano Ronaldo had a nickname for him: ‘motherf—-r’; and if he sees someone from the club speaking to Leo, he also ends up being baptised ‘motherf—-r’.”

However, Ronaldo has moved quickly to angrily dismiss the allegation.

“News is circulating that I allegedly made offending remarks regarding Lionel Messi,” he said

“This is absolutely false and I’ve assured my lawyer takes action to sue those responsible.

“I have the utmost respect for all my professional colleagues and Messi is obviously no exception.”

Ronaldo is the leading scorer in Spain this season with a remarkable 17 goals in 9 La Liga appearances, while Messi is poised to break Telmo Zarra’s 60-year-old record as La Liga’s leading goalscorer. He currently has 250 goals, one behind Zarra longstanding record.

The pair are due to face each other next week when Portugal take on Argentina in a friendly at Old Trafford.