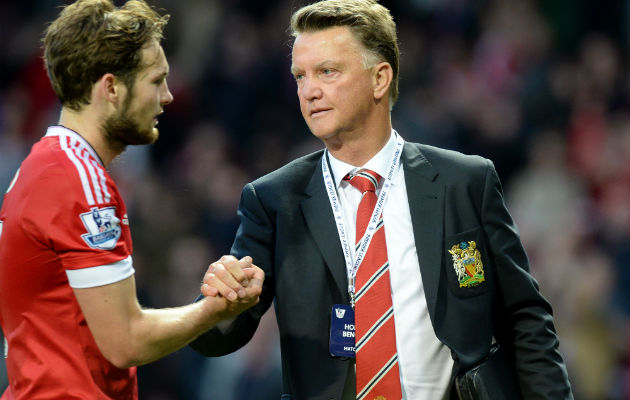 Daley Blind was sad to see his fellow Dutchman Louis van Gaal leave his post at Manchester Utd and says that he deserved “more respect”.

Van Gaal was officially sacked yesterday and former Chelsea manager Jose Mourinho is expected to take charge at Old Trafford next season but Blind wished that van Gaal could have stayed longer.

“I always worked well with him and would have been keen that the co-operation lasted longer,” Blind told reporters at the Netherlands’ training camp in Portugal.

Blind also said that his compatriot was not treated fairly over the last turbulent six months of van Gaal’s Old Trafford tenure:

“The manager of a top club in England is naturally under much more pressure, but over the last six months he has not been treated fairly. I think a manager like Louis van Gaal, who has achieved so much already, deserved more respect.

“Even though there was so much being written about him losing his job over the last months, he always looked to protect and shelter us. It is not easy for a coach if you are repeatedly being fired in the newspapers.”

Blind also added that he would have to show his worth to incoming boss Jose Mourinho.

“If it is true that Jose Mourinho is coming, then it is also a manager who has achieved much,” he said.

“I will have to show what I can do. Personally I can look back on a good season in which I played 57 matches plus a few internationals.”