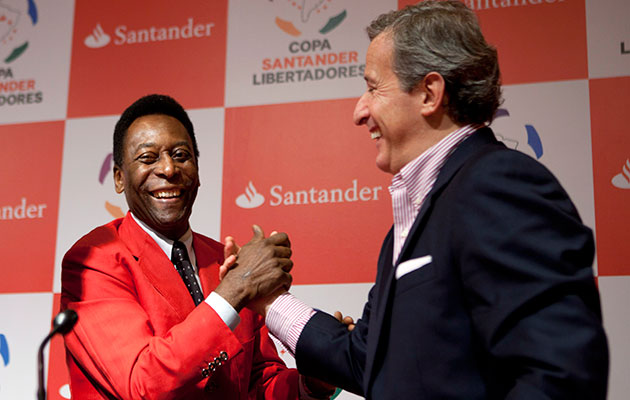 Juan Pedro Damiani, the Uruguayan football director whose offshore business was revealed in the ‘Panama Papers’, has quit as a member of the ethics committee of world federation FIFA.

Damiani, the president of former world and South American champions Penarol, was shown to have had close business ties in the ‘offshore business’ with disgraced ex-South American and Uruguayan boss Eugenio Figueredo.

Currently Figueredo, who was indicted by the United States Department of Justice in its FIFAGate investigation, is on trial in Montevideo over corruption and extortion allegations which he has admitted.

The revelation in the ‘Panama Papers’ that Damiani, a long-serving member of the ethics committee, had maintained compromising business ties with Figueredo, put a severe dent in the insistence of new FIFA president Gianni Infantino that he intended to clean up the organisation.

Infantino’s own credibility was subsequently challenged over a South American TV rights deal undertaken by European federation UEFA a decad ago when he was its head of legal affairs.

Damiani’s role within FIFA’s ethics body was placed in jeopardy when the ethics committee launched an inquiry of its own into his conduct.

Last night he responded by resigning from the ethics committee, accepting that it was impossible for him to continue after having been placed under investigation.

According to the Panama Papers, Damiani and his law firm worked with seven offshore companies linked to Figueredo who was extradited from Switzerland – where he had been one of the ‘Zurich Seven’ – late last year.

Though he faced accusations of fraud and money laundering by the FBI in the United States, Figueredo was extradited to Uruguay because legal action against him had started earlier.

In February, he surrendered more than $10m in properties to the Uruguayan judicial authorities in an initial step towards securing a plea bargain deal.

The leaks also revealed that Damiani had allegedly help create a company registered in Nevada (United States) and linked to Hugo and Mariano Jinkis, the father and accused of paying millions of dollars in bribes to win TV rights for events of CONMEBOL.

Hugo and Mariano Jinkis have been indicted by the US DoJ and are contesting extradition from Argentina.

Separately they have been named as directors of Cross Trading, the offshore company whose purchase and re-sale of Champions League television rights has prompted a crisis within European federation UEFA.

In January, Damiani was summoned to testify in Uruguay by a specialised criminal office to explain his links with Figueredo. Reportedly he told the investigating judge about only three offshore companies rather seven.

Last night Damiani published a copy of the resignation letter he sent to Hans-Joachim Eckert, the German chairman of the ethics committee’s adjudicatory chamber.

He said: “In recent days my good name and the reputation of my firm and fellow professionals who work for it have been sullied with baseless allegations which bring my ethical conduct intp question.

“It would not serve appropriately both FIFA and this [ethics] committee – or the transparency in football for which I have struggled – if I did not step aside over the slightest suspicion, even if unfounded.”

The letter added: “Neither in a personal capacity or through our firm in a commercial capacity did I undertake any business with or for Mr Eugenio Figueredo, or for any of the other persons mentioned in newspaper articles reported in recent days. ”