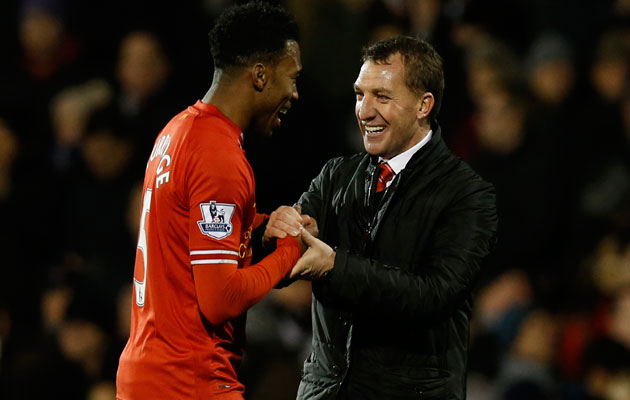 Brendan Rodgers has placed himself on a collision course with England manager Roy Hodgson by claiming striker Daniel Sturridge will be fit to play for Liverpool at the weekend, but not for England in this month’s Euro 2016 qualifiers.

Sturridge, 25, has been not played since suffering a thigh strain while on England duty at the start of September – an injury Rodgers claimed was caused by England’s failure to follow Liverpool’s fitness guidelines for the striker.

He did not travel for Wednesday’s Champions League tie at FC Basel.

“If we’re talking about players being picked for international duty then they need to be fit. Daniel certainly won’t be fit,” said the Liverpool boss.

Sturridge has missed five matches with the problem but may be involved in Saturday’s home Premier League match with West Bromwich Albion.

However, Rodgers was adamant that even of he played at the weekend, Sturridge would be unable to play a part in England’s qualifiers with San Marino on 9 October and three days later against Estonia.

“He won’t be fit to play for England whether he’s available for the weekend or not,” he said.

“I don’t think he’s fit to play for England. We’re hoping he can develop over the next 48 hours to be in a position to train with the team on Thursday and maybe be available for the squad on Saturday.

“It’s something we have already stressed. We will see. My focus is on protecting the Liverpool players and at this moment in time my focus is on getting him fit for Liverpool.”

Rodgers has not spoken to the England manager since Sturridge’s injury, suggesting a possible deterioration in their relationship, but added: “We have good dialogue and he knows he can call and speak about any of the players. Hopefully he will have found anything I have ever said about the England players working with Liverpool to be helpful.”