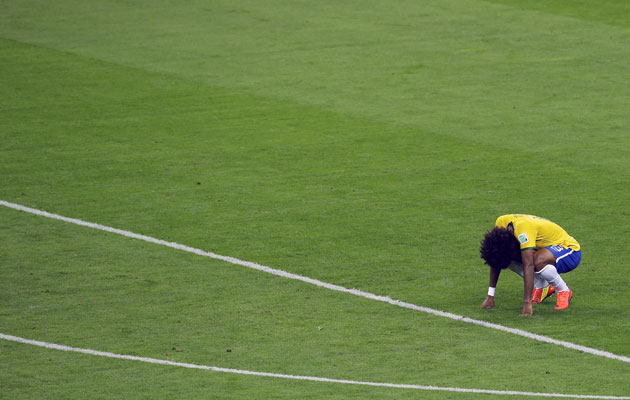 So annoyed has he become that he warned teammate Thomas Muller to keep quiet or watch him “explode.” We think he is joking.

The semi-final was the centre-back’s only appearance at the 2014 tournament, and also his last ever match for the Selecao.

Speaking on Globo TV, the defender said: “The Germans [at Bayern] made a lot of jokes until the moment when I told them that now is not the time to make jokes about it.

“I told them that it was much more serious for us than they could imagine. We can joke about anything but not about this.