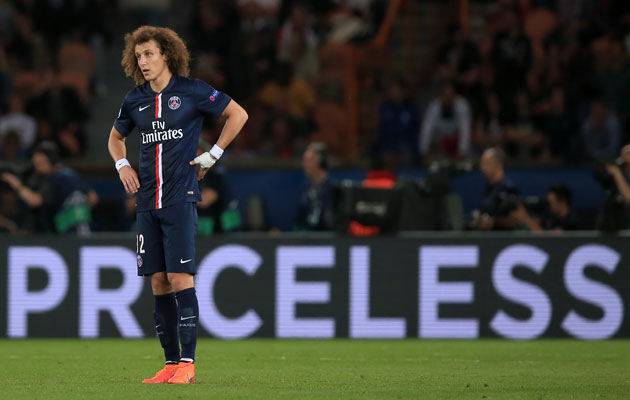 David Luiz’s mother has rushed to the defence of her son after he suffered a barrage of criticsim following his performance in Paris Saint-Germain’s 3-1 Champions League defeat to Barcelona.

The Brazil international was twice embarrassed by Luis Suárez in the quarter-final first leg, with the Uruguayan nutmegging him on the way to scoring two wonderful goals at the Parc des Princes.

In a career marked by inglorious defensive blunders, here were two more to add to the growing collection.

Reacting to the criticism, David Luiz’s mother, Regina Célia, used her Instagram account to present a public display of solidarity and support for her son, telling followers:

“I have a son and I always will! His head held high, with a ball at his feet. God knows everything! Jesus is fighting for us until this day and yet we still have people who judge!

“Who are we to judge you! I will always love you after the good games, and even more after those that don’t go well!”

Spoken as only a mother could.

Speaking after the game, Suárez said he had no alternative but to nutmeg the defender.

“The ‘nutmeg’ on David Luiz was the last option open to me for the third goal and thankfully it went in and helped give the team more security.”

Indeed it did, and while we celebrate Suarez’s individual brilliance, spare a thought also for the hapless David Luiz, his loyal mother, and the individual within the PSG hierarchy who thought it would be a good idea to spend £50 million on a defender who can’t defend.

None of them will have slept well last night.