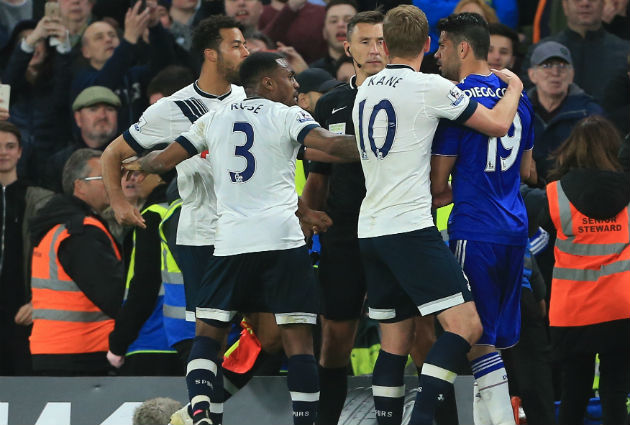 Moussa Dembele has vowed to learn from his mistakes after his altercation with Chelsea striker Diego Costa during the Premier League match which was a bad-tempered affair.

Dembele appeared to gouge the eye of Costa after an altercation which has since led him to receive a six-game ban.

Both sides recieved hefty fines; and Dembele has said it was never his intention to hurt Costa.

He said: “It was a very emotional game and you react to things and now I have to learn from this.

“But my intention was not to do something bad to him. It is not in my character to be so emotional.

“I’m disappointed about the six-game ban but I know they want to give a message but I will move on.

“Hopefully we can keep the passion but do it better. We can be proud of ourselves and take the positives into next season.”