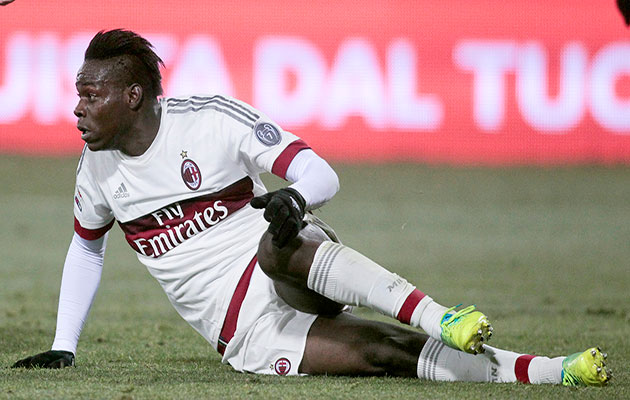 Milan owner Silvio Berlusconi has described Milan’s black striker Mario Balotelli as someone who has spent too much time in the sun.

Berlusconi, who described Barack Obama as “tanned” in 2008, shortly after that year’s US presidential election, and again after the then Italian prime minister met the president in 2009, was discussing his wish for an all-Italian Milan team.

The club’s owner then ‘joked’ that the Italy forward Balotelli, “is also Italian even if he has taken too much sun”.

Balotelli was born in Sicily to Ghanaian immigrants and raised by Italian foster parents. He has suffered racist abuse throughout his career.

Balotelli, on loan from Liverpool, went to Anfield in 2014 after a season at Milan.

Balotelli is no stranger to racism. On a number of occasions he has been racially abused by opposing supporters and shortly after he returned to Milan on loan in 2013 he was referred to by Berluconi’s brother, Paolo, as “the little black boy of the family”.

“And now let’s go and watch the little black boy of the family, the hot head,” said Berlusconi, a vice-president of Milan, at an an event held by his brother’s centre-right Freedom People party