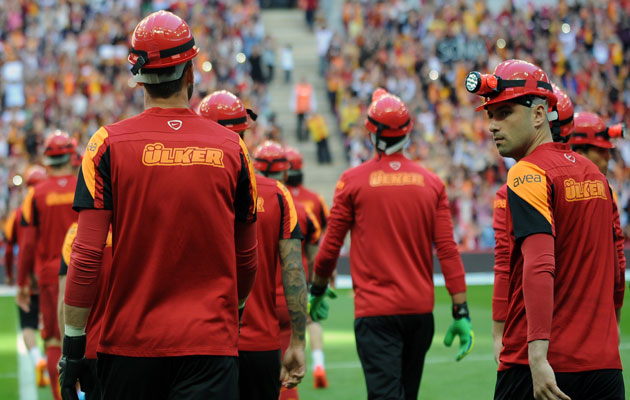 The Ivory Coast international has made the donation in the wake of last week’s tragedy in Soma.

Galatasaray players took to the field wearing mining helmets ahead of their match against Kayseri Erciyesspor at the weekend.

Manager Roberto Mancini also showed his solidarity by appearing in a helmet during his interview after the game.

The players also held a banner reading “Neither red, nor yellow, everywhere is coal black.”

Drogba has issued a statement saying he was annoyed that his donation became public.

“I am a U.N. ambassador of goodwill and I will do all that I can to help the people in Soma,” Drogba told reporters.

“But I don’t want anyone to use my name. I’m not someone who will promote himself in such issues. I don’t need this sort of a self-promotion.” 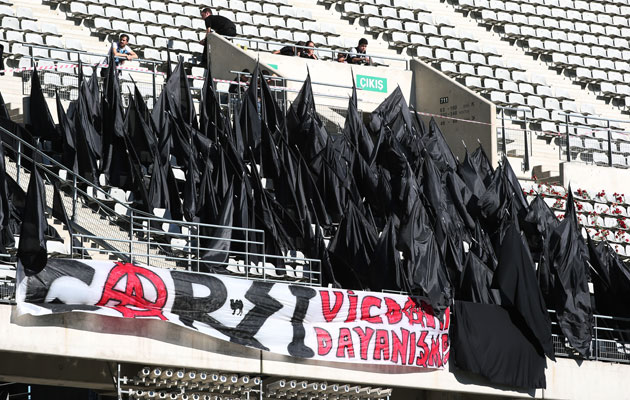 Besiktas fans show their respects to the victims of the Soma mining disaster by unfurling black banners.

Elsewhere, Beşiktaş fans unfurled huge banners in memory of the victims during their match against Gençlerbirliği. The fans then chanted “Black!” repeatedly, instead of their traditional chant “Black, white!” in reference to the colors of Beşiktaş.

In total, 301 people were killed in what was the worst mine disaster in Turkey’s history.