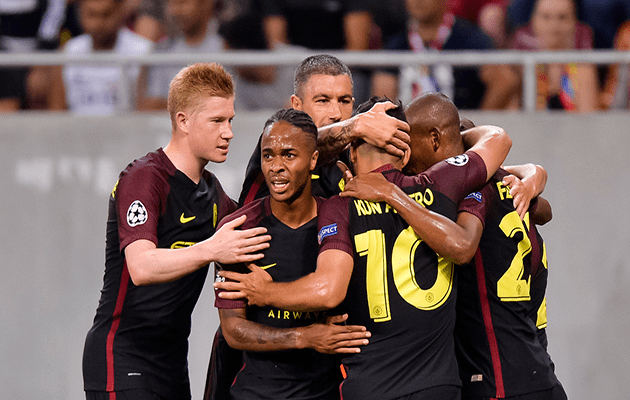 Steaua Bucharest suffered double humiliation on Tuesday night after a prank organised by supporters of their arch-rivals Dinamo Bucharest ruined the club’s pre-match display before the Champions League qualifier against Manchester City.

Things were to get worse for Steaua who would succumb to a Sergio Aguero-inspired Manchester City team in their Champions League qualifier.

Club officials were left embarrassed when a a tifo at the Arena Nationala in Bucharest commisioned by Steaua owner, Gigi Becali, to mark 30 years since their success in the 1986 European Cup final, was tampered with by rival fans.

When the huge mosaic was unveiled just before kick off, it read “Doar Dinamo Bucuresti” (Only Dinamo Bucharest).

According to reports in Romania, the display was produced by a group of Dinamo fans who posed as professionals offering to help prepare the display before the match.

To compound Steau’s woes, the Romanian champions went down 5-0 to Pep Guardiola’s side – a result which virtually ends their chances of reaching the group stages of this season’s Champions League.