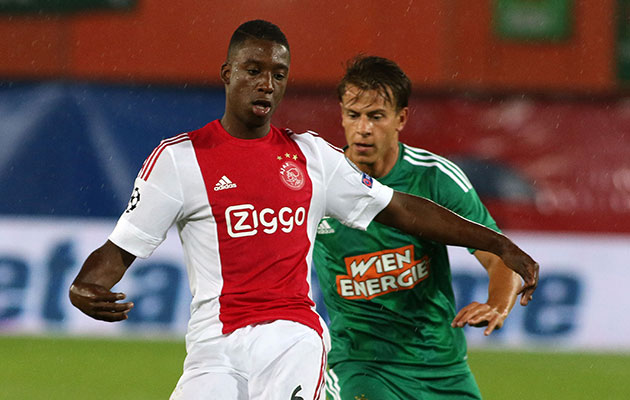 The Dutch FA (KNVB) has said it would have backed Ajax’s Riechedly Bazoer if the midfielder had walked off the pitch after he was subjected to racist chants from Den Haag supporters.

The 19-year-old had to suffer rival fans making monkey noises during Ajax’s 1-0 victory on Sunday.

“Jungle sounds are awful,” the governing body tweeted. “We will send the images and reports to the prosecutor.”

The club’s director of operations, Gijs de Jong, added: “We would have accepted it in this case if Riechedly Bazoer, Ajax or referee Pol van Boekel had walked off the field.

“Let me be very clear: we absolutely do not want this kind of behaviour. This is not what football is all about. Football connects people regardless of their religion, colour, sexual orientation or ethnicity.

“About 10 years ago it was decided that the decision to end the game was to be taken away from the referee, because the job of the referee is difficult enough.”

Ajax’s coach, Frank De Boer was outraged by the behaviour of the supporters.

I could not believe it because they also have many players with that skin colour,” De Boer told Fox Sports.

“I asked my assistant Hennie Spijkerman: ‘Are they making jungle sounds?’ It does not belong on the field and it is outrageous that it happens in Netherlands.”

In a statement Den Haag condemned the fans and distanced the club from the racist abuse.

“The club, board, management, staff, technical staff, players and volunteers were very unpleasantly surprised by the offensive chants that have been expressed from the stands towards one Ajax player.

“We do not accept these chants and we condemn the behavior of some people in our stadium and distance ourselves from such hurtful statements.”