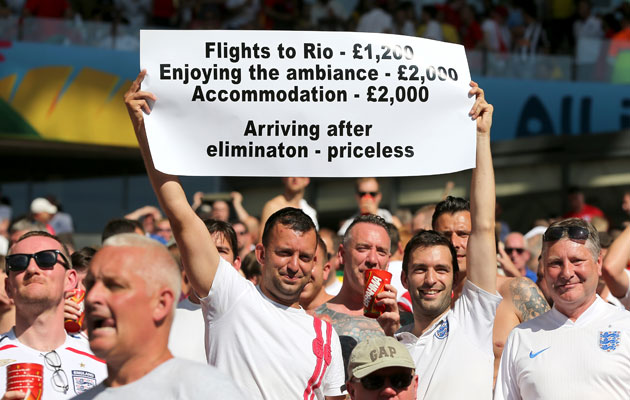 Match overview: Costa Rica, widely viewed as the weakest team of the group, have finished top of Group D after drawing with England in Belo Horizonte. England fielded a second-string   eleven, with nine changes from the side that started against Uruguay. They showed flashes of attacking potential but Costa Rica, content with a point, held out for the draw.

Key moment: Daniel Sturridge had an off day for England, missing a number of chances. Had he directed a header, from an unmarked position following a corner, on target, we may have had a different second half, with Costa Rica forced to seek out an equaliser.

Man of the match: If England are to take any consolation from this tournament for the future, the performance of Ross Barkley in Belo Horizonte offered some cause for optimism. The Everton midfielder is still a raw talent, but has demonstrated his suitability for the international stage.

Matter of fact: England used 22 of their 23-man squad in their three Group D games. The only player not to feature was goalkeeper Fraser Forster.

Talking point: Costa Rica have topped Group D despite being without two of the best players, striker Alvaro Saborio and wing-back Bryan Oviedo, who were both injured and failed to make the squad. A remarkable achievement given the Ticos were given little of chance in a group featuring three previous World Cup winners.