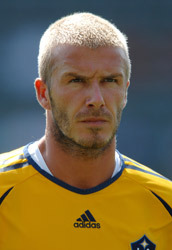 Fulham have never beaten Liverpool at Anfield in their history so can they break the hoodoo this weekend? Click here for the latest odds!

David Beckham has been recalled to England’s squad for the friendly in Austria and the Euro 2008 qualifier against Croatia.

Beckham has proved his fitness with LA Galaxy and coach Steve McClaren said: “We need big-game players like David.”

“I believe that with the likes of Rio Ferdinand and John Terry out of the squad we are lacking experience. We need those big players with experience and David is one of those.”

McClaren travelled to Los Angeles to meet Beckham and discuss his current condition with the fitness team at his LA Galaxy club.

“I went out to Los Angeles because it was important to check him out and do my job,” said the England coach. “He is fit and he is in the squad.

“David is a very important player to us. He proved his importance when he came back into the squaud in the summer. His performances warranted inclusion.”

McClaren is still holding out hope of qualification, adding: “I still believe Croatia will be a big game. We have got to be positive but we are disappointed that we are in the situation where it is out of our hands – that is a big regret.

“We have got to hope that Israel, a proud nation with a great home record, get a result against Russia.”

Fulham have never beaten Liverpool at Anfield in their history so can they break the hoodoo this weekend? Click here for the latest odds!