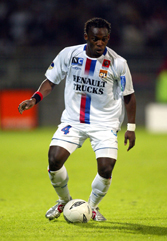 Chelsea look set to be without Michael Essien for the rest of the year after it was confirmed the midfielder would require surgery on a knee injury.

The 25-year-old suffered the problem while on international duty for Ghana against Libya on Friday night. Chelsea have confirmed Essien has ruptured his anterior cruciate ligament.

He had missed the start of Chelsea’s Premier League season because of injury and had only recovered last week.

A club statement read: “Michael has ruptured his anterior cruciate ligament and will undergo an operation as soon as the majority of the swelling has subsided. We expect this to happen in a week’s time.

“In the meantime, Michael has started rehab in the aqua therapy centre at Cobham which will improve the condition of the knee prior to surgery. A return to full fitness is not expected for several months.”

Essien’s agent Fabian Piveteau has confirmed that the injury is serious.

“He’s taken a bad blow to the knee. I don’t know exact details but I think it’s not good. I don’t know what will happen. It’s now two or three times that he has taken blows to his knee.”

Essien admitted he was devastated by the injury which will see him miss a large part of the season.

“There was no challenge but after I cut out a cross and landed I felt awkward and the pain was sharp. I am devastated but these things happen in football,” Essien told KickOffGhana.com.