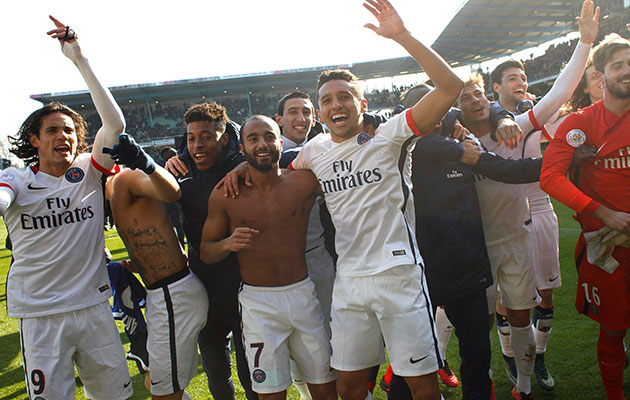 Lyon president Jean-Michel Aulas believes Paris St Germain are “the best French team of all time” after they sealed their fourth straight title with eight games to spare.

PSG lead the Ligue 1 standings by a scarcely believable 25 points after a 9-0 win over Troyes on Sunday. With the league title now assured Laurent Blanc’s side are still on course to win an unprecedented five trophies this season.

And Aulas was forced to concede that the reigning Fremch champions can now be regarded as the best to ever come out of France, and that includes his own Lyon team that won an unprecedented seven titles in a row between 2001-08.

“Everybody needs to be aware that this is an incredible achievement (winning the title so early),” Aulas said in an interview published in Le Parisien.

“This is much better than what we did, admittedly. They’re the best French team of all time.”